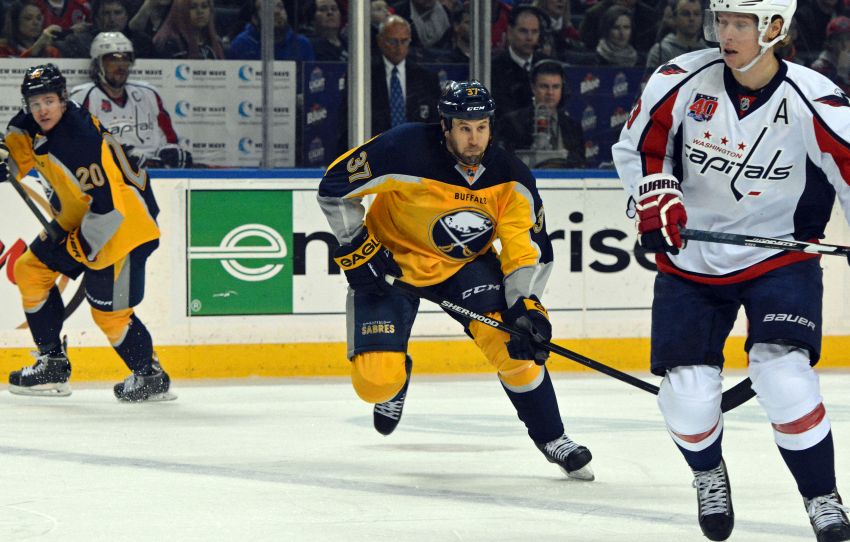 BUFFALO – To Sabres center Matt Ellis, the AHL’s experiment with three-on-three overtime this season has created “a really exciting brand” of hockey.

The extra space allows players to freewheel all over the ice and have fun. Systems become an afterthought.

“The speed and the skill really shines through, the amount of open ice,” Ellis, who played 38 games in Rochester this season, said Monday prior to the Sabres’ 4-3 shootout loss to the Washington Capitals. “It’s incredible to see it, and it’s non-stop action.

“The puck misses the net wide and takes a bounce, the other team’s coming back two-on-one or even a breakaway. So it definitely adds an incredible excitement factor and it still has that competitive nature to go along with it.”

NHL general managers will address three-on-three overtime today at their meetings in Boca Raton, Fla. The AHL has been starting overtime four-on-four before switching to three-on-three after the first whistle three minutes in. The overtime lasts seven minutes, two minutes longer than the NHL.

More goals have been scored in the AHL, meaning fewer shootouts.

Of course, the shootout, now in its 10th season, will likely stay in the NHL. But purists who want games decided by team play instead of a “gimmick” breakaway competition would see more action and real game-winning goals.

“Any time you can decide it with a bigger group of guys it makes it more that team sport that it is rather than the individual skills comp,” Sabres captain Brian Gionta said inside the First Niagara Center.

With six total skaters, “There’s not really a rhyme or a reason to anything,” Ellis said.

“You try not to get caught in a vulnerable position, try not to give up the possession of the puck if you don’t have to,” he said.

“You got to be ready to throw the puck up to your forwards so you catch them on a two-on-one kind of,” said Sabres goalie Matt Hackett, who played 14 games in Rochester. “It’s pretty wild. It’s definitely fun. It’s fast-paced, there’s a lot of back-door plays – and that’s fun as a goalie.”

While neither are very goalie-friendly, Hackett prefers overtime to a shootout.

“Some guys can make some stupid moves in the shootout,” he said.

NHL coaches would have some interesting personnel decisions. Should they use two forwards and a defensemen or just a single forward? Ellis said the Americans even skated three forwards this year.

“Three-on-three would be nice,” he said Monday. “Four-on-four until somebody scores would be nice. (But) the shootout is part of the game right now.”

It’s a part of the game some players like.

Still, Ennis is open to three-on-three overtime. As the Sabres’ speediest and shiftiest player, he would certainly benefit.

“As long as it’s a lot of chances and good for the fans, it’s good for us,” he said.

If the governors recommend a new overtime, the competition committee would consider it.

Tonight’s game in Boston against the Bruins could be an emotional experience for Hackett, who will likely start his third game this season. The 25-year-old tore up his right knee at TD Garden on April 12.

Hackett endured a long road back, rehabbing until January, when he started playing again in Rochester.

“It’s like any other game,” Hackett said. “Obviously, I had a bad injury there. That can happen anywhere. It would be fun to play there and get back at them and try to get a win almost a year later. So I’m happy with where I’m at.”

With defensemen Zach Bogosian and Andrej Meszaros injured, the Sabres recalled Chad Ruhwedel from Rochester prior to the game.

The 24-year-old Ruhwedel became the 11th defenseman to dress for the Sabres this year.

Ruhwedel hadn’t played with the Sabres since suffering a concussion April 6 in Philadelphia. The Sabres summoned defensemen Jake McCabe and Mark Pysyk before Ruhwedel earlier this year.

“Everybody’s goal is to be up, no question,” Ruhwedel said. “But you just keep your head down and keep working.”

Ruhwedel has eight goals and 31 points in 59 AHL games this season, both highs for Amerks defensemen.

“He can skate,” Nolan said. “He can get by quick and make that first pass. I think sometimes when you get here last time like he did, you want to do too much.”

Ruhwedel added: “It’s definitely something I’m going to focus on, keeping it simple.”