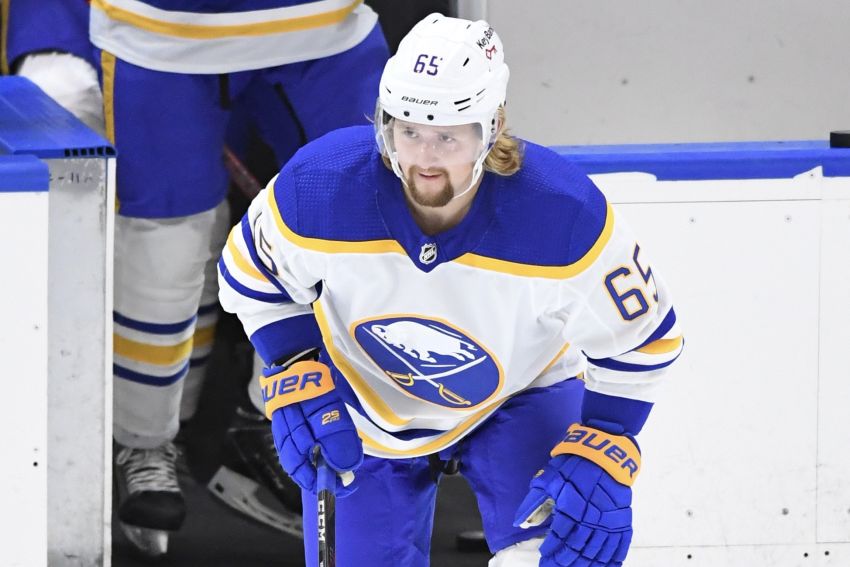 A second later, winger JJ Peterka scored, moving the Americans within one goal of the Charlotte Checkers.

The assist wasn’t exactly pretty or the type of play the speedy Weissbach’s known for making. The Sabres prospect fell to the ice after hitting Kiersted, and it appeared he barely touched the puck before linemate Brandon Biro fed Peterka in front.

“He’s made a massive step in the last month,” Appert said following the game at Blue Cross Arena. “The assist that he had tonight never would’ve happened a month ago. He has just really decided that he wants to be a great player, not just a talented player. That doesn’t mean he doesn’t work hard. He works extremely hard.”

Weissbach said: “You can see some of the plays I make now I wouldn’t have made at the start of the year.”

The 5-foot-8, 161-pound Weissbach, a college star at Wisconsin, has quickly learned his talent will only take him so far as a pro. The Swede scored 12 goals and 41 points in 31 games as a senior for the Badgers last season. But in his early days in the AHL, he has tried to evolve.

“You learn as the season goes on, there’s a lot of skill players out there, there’s a lot of guys that can make plays,” said Weissbach, who also scored in Friday’s game. “But for a smaller guy (like) myself, a faster guy, I think there’s room for improvement when it comes to physical play, and it’s something I’ve been working on.”

Appert said Weissbach, who was used to being the most talented player on his team, has made “a massive commitment.”

“It’s been small, incremental games on his physicality, his competitiveness, on his puck battles,” Appert said. “And then all of sudden, the last month, you can really see it start to take hold. And he went and ran the defenseman, which led to the turnover, which led to him getting the puck to make the pass.”

Weissbach has scored nine goals and 20 points in 32 games this season. The Sabres drafted him in the seventh round in 2017, 192nd overall.

The Sabres made one lineup change on defense Thursday’s 4-3 overtime loss to the Columbus Blue Jackets at KeyBank Center, scratching Jacob Bryson. They used seven defensemen against the Vegas Golden  Knights in their last outing but went back to the normal six.