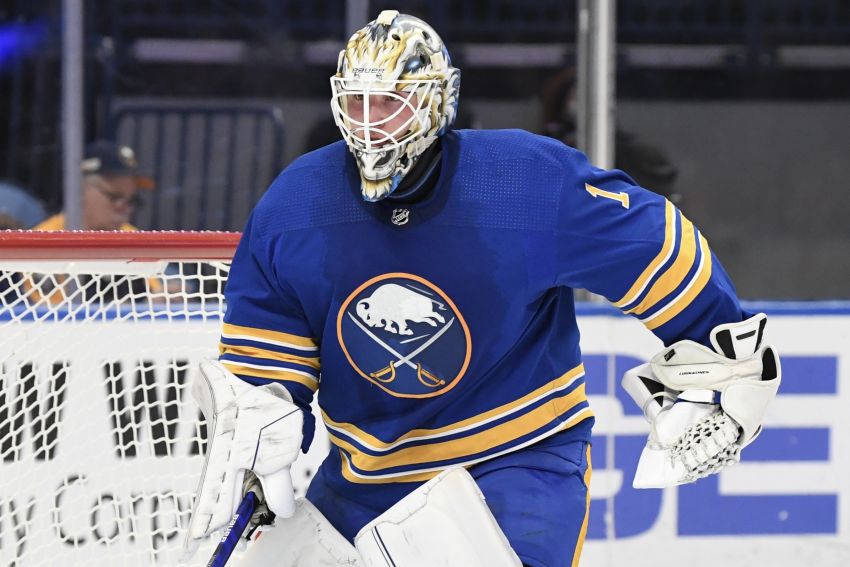 Starting Friday, the Amerks play six games over an 11-day stretch. Luukkonen will play the bulk of the contests, giving him an opportunity to find a groove again.

Luukkonen, 22, hasn’t played since suffering an upper-body injury Jan. 11 with the Sabres. After he was cleared to play Wednesday, they sent him back to the AHL.

The Finn often looked like the Sabres’ goalie of the future during his nine-game stint in Buffalo, compiling a 2-5-2 record with a 2.74 goals-against average and a .917 save percentage.

But the Sabres have options in net again. Craig Anderson (upper body) and Dustin Tokarski (COVID-19) returned before the NHL All-Star break.

Granato did not like the way the Sabres performed prior to their layoff, and he prefers to have young goalies play when the team is sturdier in front of them.

So for now, Luukkonen is back in Rochester, where he can keep maturing out of the spotlight. Tokarski will start tonight’s game against the Columbus Blue Jackets at KeyBank Center. The Sabres haven’t played since losing 5-2 to the Vegas Golden Knights on Feb. 1.

“We want him back up here,” Granato said this morning of Luukkonen. “I don’t think there’s anybody in the room that’s not excited to see his next game here. He’s a young guy. I don’t think our team has played well. I always say that I like putting young guys especially in the net when our team is playing better. Coming into the break we just took, I didn’t like our game. We need to play more to our identity and we need to get back to that, so kind of goes hand in hand with that.

“I didn’t feel comfortable from the coaching side throwing UPL in tonight or the next game and jumping him ahead of Ticker or Andy right now. Let him get some games, get back in a rhythm, and we’ll see where we’re at then. And hopefully our team is playing better and more to our identity, more confidently to our identity at that point.”