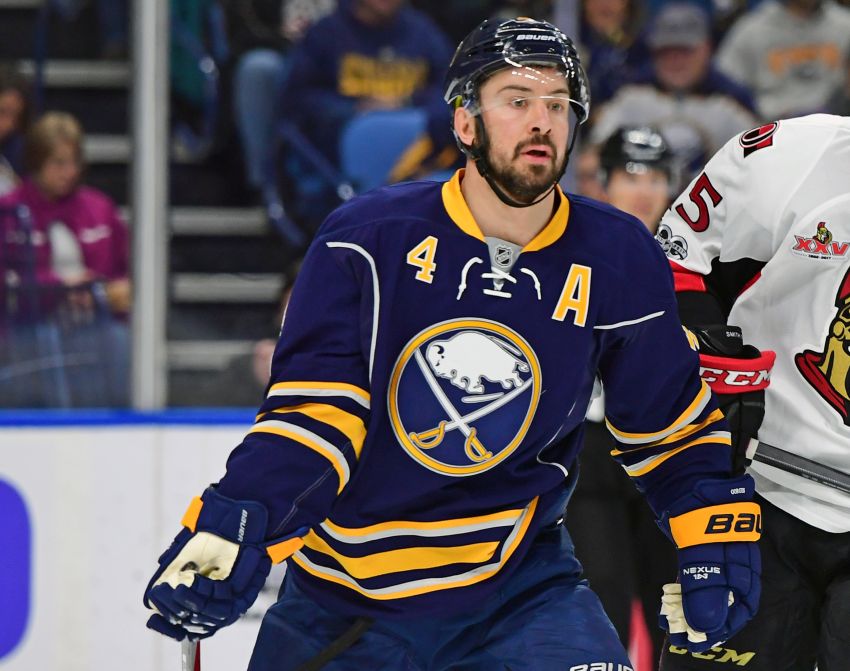 BUFFALO – The badgering has finally stopped. Josh Gorges is healthy, back playing after a hip injury cost him 12 games. So Sabres coach Dan Bylsma can walk by the defenseman again without getting an earful.

“Josh has been one miserable guy to be around,” Bylsma said Saturday morning. “I don’t walk by him without him saying he’s ready to play, and that was about 15 days ago.”

For Gorges, a proud, hard-nosed veteran, sitting out was excruciating.

After playing center for the first time Thursday, defenseman-turned-winger Nick Deslauriers is ready to tackle another position for the Sabres.

“I’m waiting to see if I need to stack the pads in practice soon, just to have that on my resume,” the versatile Deslauriers joked Saturday morning. “Sometimes it’s good, sometimes it’s bad to be like that.”

Deslauriers had never played center until Thursday, when Bylsma, with no other options, inserted him in the middle of the fourth line.

“I didn’t get tested that much, so I don’t really have an output on being a centerman.” said Deslauriers, who played a career-low two minutes, 46 seconds over only five shifts Thursday.

Sabres rookie winger William Carrier will be sidelined “a little bit” with a knee injury, Bylsma said. To replace him, the Sabres recalled winger Justin Bailey from the Rochester Americans prior to the game.

Bailey, 21, has 19 goals and 29 points in 39 AHL games this season, including 11 goals in his last 12 contests. The Williamsville native has one goal in 10 NHL appearances this season.

The Sabres sent center Cal O’Reilly, who cleared waivers Friday, to the Amerks on Saturday.