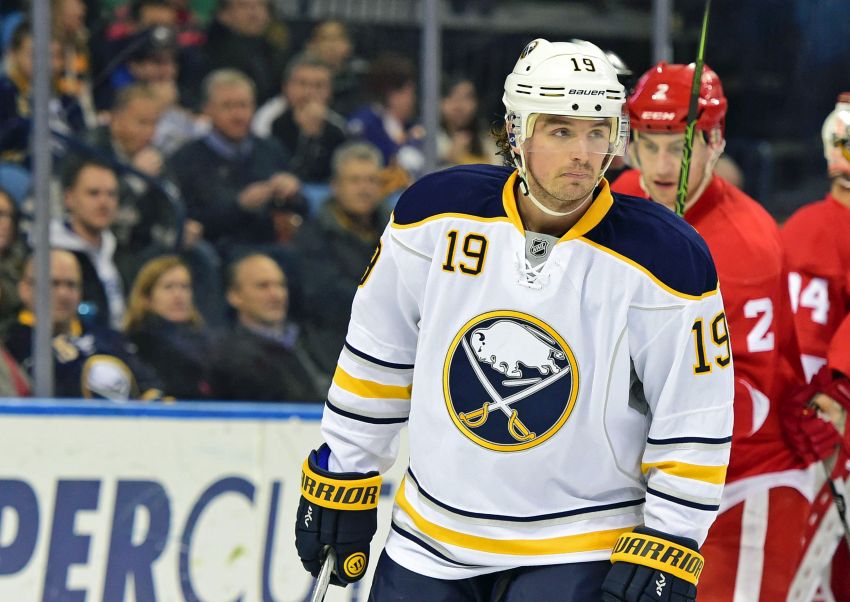 BUFFALO – For sure, Cal O’Reilly said, the thought had crossed his mind. Before he even hit his late 20s, the Sabres forward knew his NHL dream could be over.

Despite some big league success and gaudy minor league numbers, teams never showed much interest in the playmaker after he broke his leg with the Nashville Predators five years ago. O’Reilly, 29, understood he might have to settle into a career as a very good and well-compensated AHL or European player.

“I was starting to establish myself a little bit, and then I had a setback like that,” O’Reilly said Friday about the break. “And then it’s such a tough league if you don’t come back from that almost right where you left off, someone’s going to go right over you.”

That certainly happened to O’Reilly. After centering the Predators’ first line for a chunk of 2010-11, they traded him to the Arizona Coyotes, who quickly waived him. Pittsburgh claimed him, and he played six games for the Penguins, who were led then by Sabres coach Dan Bylsma.

Prior to his Sabres debut Dec. 15, O’Reilly, hadn’t played an NHL game since Feb. 15, 2012. As he toiled in the minors and overseas, his younger brother, Sabres center Ryan O’Reilly, developed into one of the NHL’s best all-around forwards.

To see his brother, someone he has called an “idol,” out of the NHL was “discouraging,” Ryan O’Reilly said.

“His hockey sense, his playmaking ability, his passing ability is some of the best I think I’ve ever seen in hockey,” he said. “For him not to be at the best stage in the world, it is frustrating. I feel bad for him because he deserves much better than that.”

Between his NHL stints, O’Reilly spent a season and part of another playing for Magnitogorsk Metallurg, a KHL team in Russia coached by former Stanley Cup winner Mike Keenan.

“At one point, I thought, ‘Wow, I could play as long as I could in this league,’” O’Reilly said. “It’s good money and it’s great hockey.”

Still, he soured on the opportunity and bolted back to North America, where he spent almost two years starring for the Utica Comets, the Vancouver Canucks’ top affiliate.

O’Reilly earned an AHL All-Star berth last season and led the Comets to the Calder Cup final. Despite scoring 61 points, he never received a recall.

“I knew with the how far we went and everything I would have a lot of interest for myself this summer,” O’Reilly said. “Teams would see that I was healthy and I was playing well again. I just hoped that somebody would give me an opportunity again, and Buffalo has.”

The Sabres signed O’Reilly on July 3, just days after acquiring his brother, to a two-year, $1.4 million one-way contract, a massive sum for a player likely to spend most of his time in the minors.

O’Reilly impressed Bylsma during training camp before going to Rochester, where he was named the Americans’ captain and earned another All-Star berth.

“I was surprised at his skating this year compared to the way he was in Pittsburgh and the way he skated in the seven months or so after his injury,” Bylsma said.

With a slew of injuries and only raw prospects with the Amerks, O’Reilly received his second recall Friday.

“I had some tough breaks, and then coming back from those breaks I didn’t really perform to my capabilities,” he said. “But I knew I could play here, so I stuck with it.”

To Bylsma, O’Reilly possessed the right attitude to get back to the NHL.