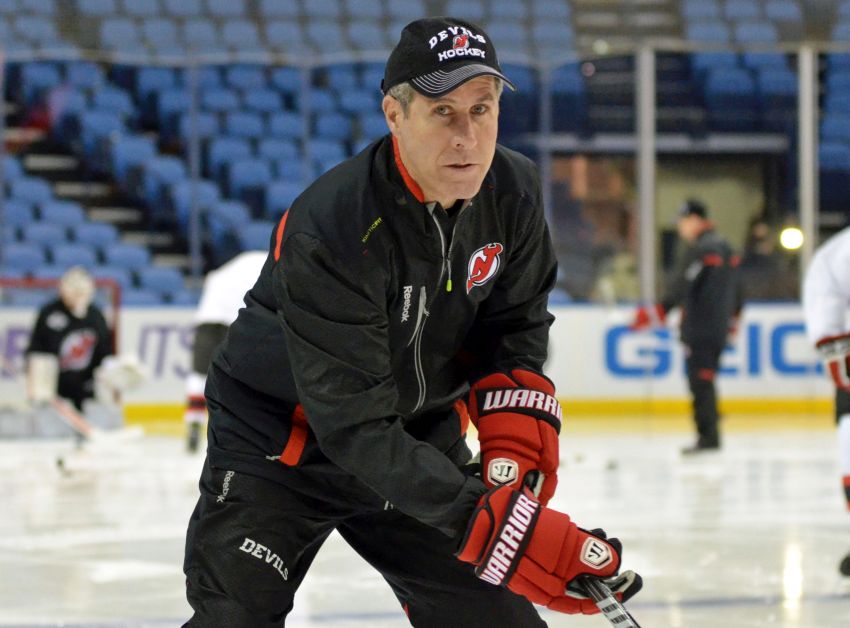 BUFFALO – Dan Bylsma let it slip. Instead of waiting for the press release to come out, the new Sabres coach announced the first two assistants to his staff – veteran NHL coach Terry Murray and Dave Barr – during a news conference Thursday.

“A ton of experience in both guys,” Bylsma said about Murray and Barr. “Terry is a guy who’s been a head coach in this league. He’s been an assistant coach in this league. He’s been a head coach at the American Hockey League level. He’s coached with and under some other great coaches in other great systems, organizations. Terry’s bringing that to our team. I think it’s going to be a huge part of our development for our players, especially our defensemen.”

Terry Murray, Sabres general manager Tim Murray’s uncle, spent 15 seasons as an NHL head coach, most recently with the Los Angeles Kings in 2011-12. He also coached the Washington Capitals, Philadelphia Flyers and Florida Panthers. His 1,012 games coached ranks 20th in NHL history; his 499 wins are 22nd all-time. He coached the Flyers to the 1997 Stanley Cup final.

Barr, meanwhile, has spent the last seven seasons as an NHL assistant, including the past four with the New Jersey Devils. The 54-year-old played 614 NHL games.

He previously served as a general manager with the Houston Aeros, Minnesota’s old AHL affiliate, and as a coach with the Ontario Hockey League’s Guelph Storm.

Tim Murray has no timetable for filling the Rochester Americans’ coaching job. Murray fired Chadd Cassidy on May 1.

What’s Murray looking for in an AHL coach?

“Development’s important,” he said. “I want a guy that’s strong. I want a guy that understands that you can teach and win at the same time. I think a lot of guys feel that they’re either teachers or they’re winners and they want a veteran team. I think you can do both.”

The Amerks were awful last season, often fielding a lineup devoid of any prospects while going 29-41-5-1.

Murray believes an AHL club can develop talent and win.

“I hate losing down there,” he said. “I want to develop players, I want to win hockey games. Manchester’s done it, Wilkes-Barre’s done it. You can do both. You can go out and recruit great veterans that win on and off the ice.”

The Sabres hired former NHL players Adam Mair and Krys Barch as development coaches on Wednesday because the team “felt we needed more people in the field if we were going to do this right,” Murray said.

“Every year I look at the free agent list and I get less and less enthused,” he said. “It’s about drafting. I’ve said this from Day One when I got here: you build through the draft, you have to develop. I think this is a big step toward us becoming big boys in the league when it comes to drafting and developing.”

Rolston is back behind a bench. The Arizona Coyotes hired the 48-year-old to coach the Springfield Falcons, their AHL affiliate, on Thursday.