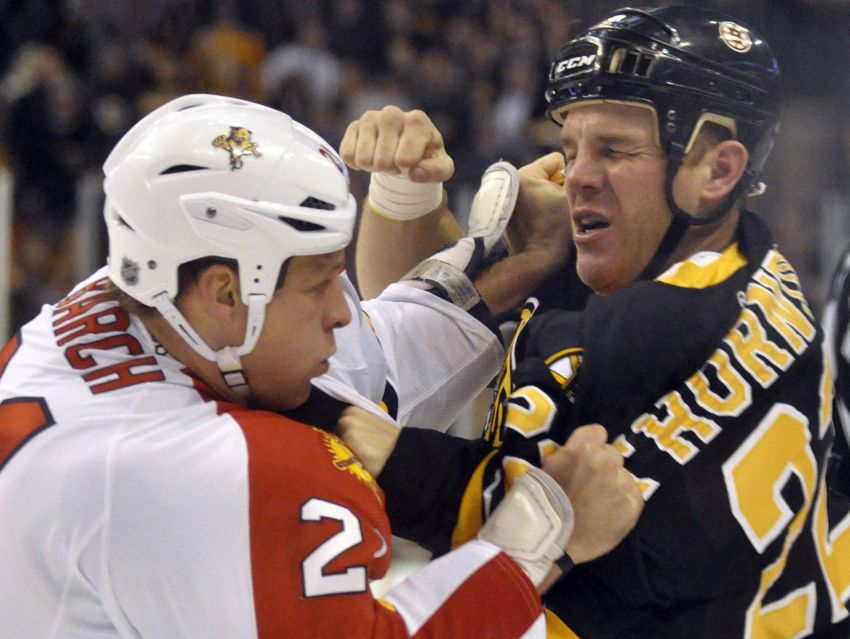 Mair compiled 38 goals, 114 points and 829 penalty minutes in 12 NHL seasons before retiring in from professional hockey in 2012. The 36-year-old played 615 NHL games, including 498 over seven seasons with the Sabres. Mair also played for the Toronto Maple Leafs, Los Angeles Kings and New Jersey Devils. He spent the last 18 months working as a coach for the Academy of Hockey at HarborCenter.

The 35-year-old Barch compiled 12 goals, 35 points and 812 penalty minutes in 381 games over eight seasons with the Dallas Stars, Florida Panthers and New Jersey before retiring in 2014.