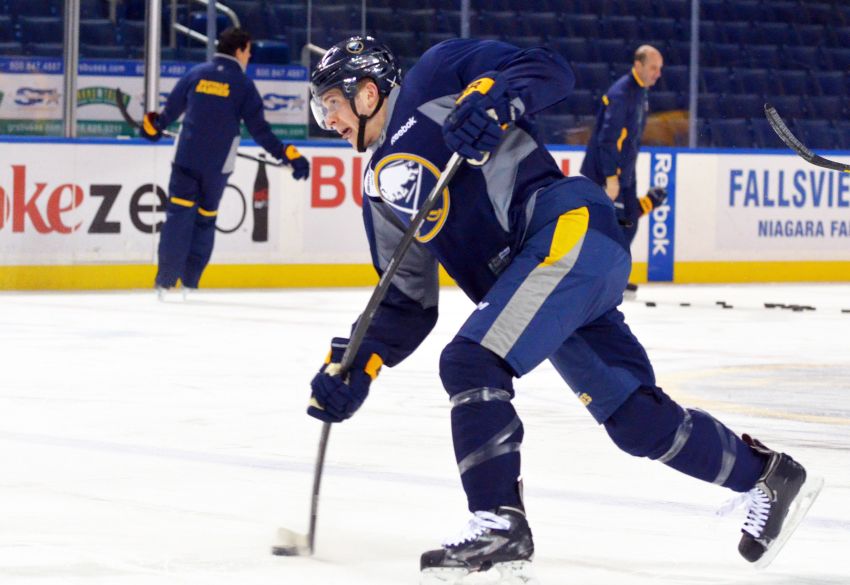 ROCHESTER – By most standards, Mark Pysyk is ready for regular NHL duty. His efficient, steady play during 42 appearances earlier this season earned the rookie praise as the Buffalo Sabres’ best defenseman.

But the 22-year-old is back with the Americans, riding buses again in the AHL.

At first, it appeared his Jan. 24 assignment would only be temporary. The Sabres wanted Pysyk to keep playing during the Olympic break, they said. Six weeks later, he’s still in the AHL.

“I wasn’t banking on anything,” Pysyk said Friday following the Amerks’ 4-1 win against the Syracuse Crunch inside the Blue Cross War Memorial, his 21st AHL game this season.

So why is Pysyk in the minors with the Sabres, the league’s worst team, playing some veterans who appear to have no future with them?

The Sabres want him to perfect his game in the AHL, something Pysyk understands.

“I definitely think I need to work on my consistency,” he said. “I don’t think I’ve outgrown this league at all. It’s still a battle out there for me.”

“I don’t think he needs to play as safe as he does sometimes,” Cassidy said. “At this level, I think he can be more aggressive and take some more chances offensively and try to create a little bit more. There’s a fine line because then your coach gets mad at you and yells at you when you turn it over in a bad spot.”

Cassidy believes Pysyk, the 23rd overall pick in 2010, is “an elite talent.” But he has only one goal and nine points with the Amerks this season. He has one goal and six points in the NHL.

“Let’s see what’s there offensively. … I think he can do more,” Cassidy said. “I think there’s more power play that he can do and there’s more in terms of making plays from the offensive blue line.”

Pysyk must develop his offensive consistency in the AHL, Cassidy said.

“Nobody learns how to score, put up points in the National League,” he said. “You got to learn to do that at the level before you get there and have confidence you can do it, and I think that’s a big step for him.”

Pysyk could be back with the Sabres soon. Defenseman Alexander Sulzer will miss a week or two after suffering a lower-body injury in Friday’s 2-0 loss in Florida, interim Sabres coach Ted Nolan said.

They host South Buffalo native Patrick Kane and Chicago Blackhawks tonight at the First Niagara Center after a day off.

Of course, the Sabres have other options for a recall. This might be the Amerks’ deepest blue line in recent memory.

The 19-year-old Ristolainen, the eighth overall pick in June, played 19 NHL games before the Sabres sent him down shortly after Nolan took over in November.

“I would like to be there,” Ristolainen said about the Sabres. “I played there. I started with that group. I get better after every game there. It just a little bit surprised me.”

Cassidy said Ristolainen, a hero in his native Finland after his goal won January’s world junior championship, needed to go down.

“It’s such a tough thing just confidence-wise, I think the atmosphere, you’re under the scrutiny a lot more,” Cassidy said about the NHL. “Not to mention you’re in your peer group here, at least closer to it.”

He added: “I think he’s grown leaps and bounds and learning here, not under the pressure of what can be happening up there.”

“It’s very rare that you see a guy with the size and the skills that he has,” Bagnall said about Ristolainen, who’s 6-foot-4 and 219 pounds. “I’m just trying to do anything I can to make him learn from the mistakes I’ve made throughout my career and get him a little bit further ahead than he would be otherwise.”

The Sabres sent winger Luke Adam back to Rochester on Saturday after one game.