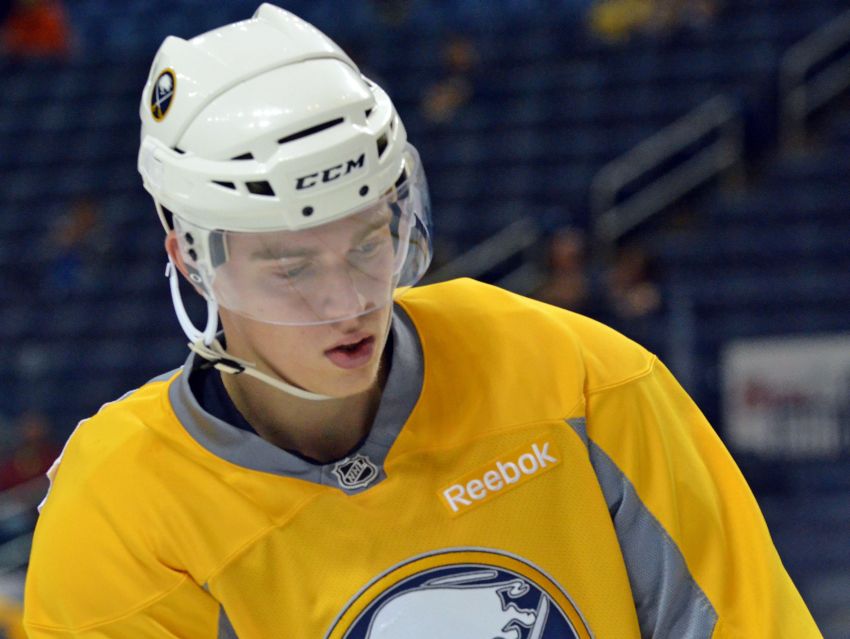 BUFFALO – Four No. 1 picks from the last two years, including both 2013 selections, defensemen Rasmus Ristolainen and Nikita Zadorov, will skate for the Sabres in tonight’s preseason opener in Montreal.

Expect to see the rebuilding Sabres showcase plenty of youth throughout the seven-game exhibition schedule, coach Ron Rolston said this morning inside the First Niagara Center.

“There’s going to be a lot of opportunity for those players, and they’re going to get a lot of time here in the exhibition,” Rolston said. “They’re important to where we’re headed. We have a lot of faith in those guys. So it’s going to be exciting to watch them grow, even through this exhibition schedule.”

The 18-year-old Ristolainen, a hulking 6-foot-4 and 224 pounds, might have a roster spot to lose. The No. 8 pick has spent the last two seasons playing in SM-liiga, a Finnish men’s league.

“His strength is there,” Weber said. “It’s all just playing against these guys. The NHL’s the best guys in the world.”

Ristolainen said earlier in the summer he believes he can crack the NHL immediately.

“Guys get chances,” he said this morning. “I know that’s one of my chances. I do everything tonight to show my skills.”

“What we’ve done collecting picks and making good selections on quality people and quality players has really paid off,” Weber said. “There’s a chance that maybe all four of those guys play this year.”

Winger Colton Gillies, the 16th overall pick by Minnesota in 2007, will also make his Sabres debut. The 24-year-old’s in training camp on a tryout.

“He skates well,” Rolston said about Gillies, 6-foot-4 and 208 pounds. “He’s big and provides energy and a physical nature.”