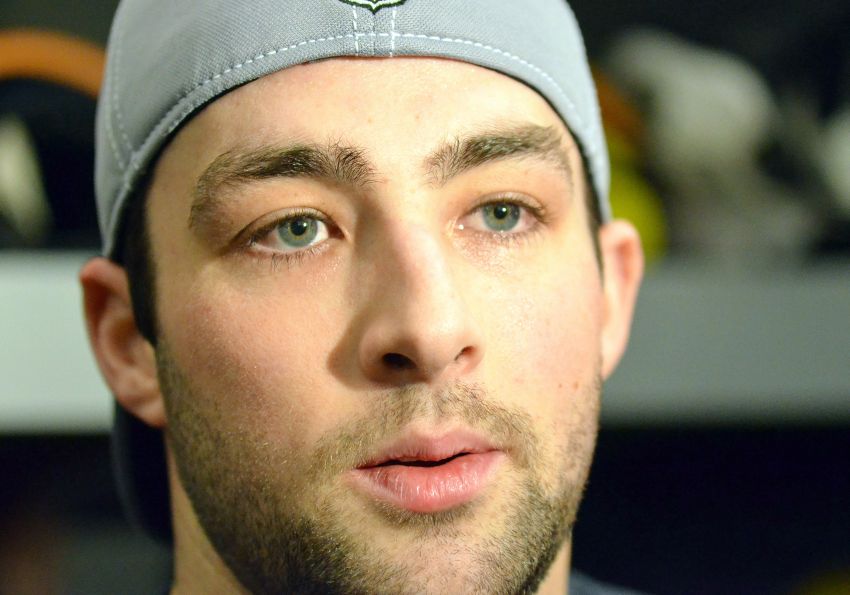 BUFFALO – Sabres newcomer Cory Conacher said he spoke to a couple of people about choosing a number. The winger wouldn’t wear No. 89 again out of respect for Alexander Mogilny, who scored 76 goals in 1992-93.

“I don’t think I’ll be able to get 76 goals in a year, that’s going to be pretty tough,” Conacher said this morning inside the First Niagara Center prior to his Sabres debut.

Conacher then settled on No. 88, digits popularized by South Buffalo’s Patrick Kane, a Chicago Blackhawks superstar.

But before Conacher officially grabbed the number, he texted Kane, someone he skates with during the summer.

“He just texted me, he’s like, ‘I’m going to wear your number in Buffalo, is that all right?’” said Kane, whose Blackhawks make a rare visit tonight. “I was like, ‘Yeah, you don’t need to be asking me about that stuff. It’s fine.’”

In other news, forwards Zemgus Girgensons, Torrey Mitchell and Chris Stewart (all lower body) are still out. Nolan said Girgensons and Mitchell should return first. Stewart will be longer.

“Right now, it’s been a trying time,” Nolan said. “We’ve got a lot of guys in and out of the lineup. Mitchell came in, I like what I saw of him in the first period, all of sudden the second period he’s gone for a length of time.”

Before the Sabres skated this morning, winger Patrick Kaleta, out since tearing up his knee in November with Rochester, skated alone. Kaleta has a stall in the dressing room again.