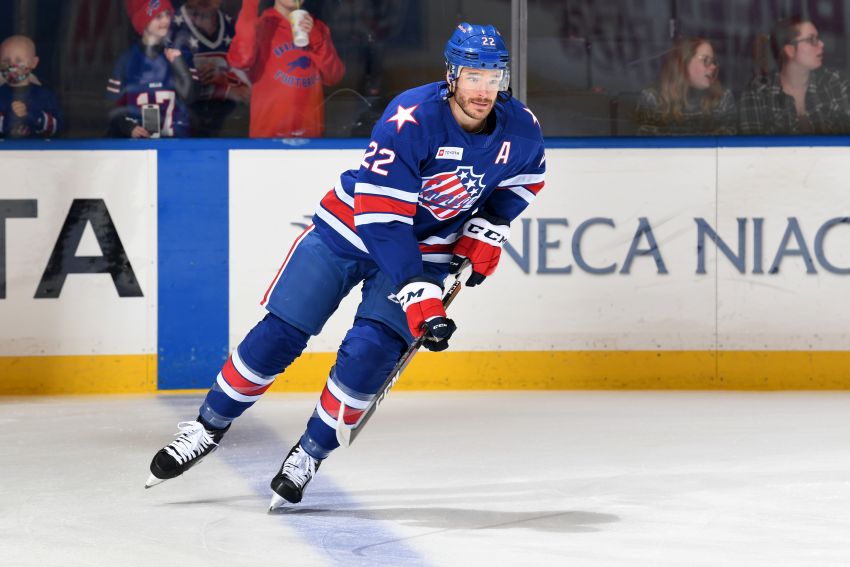 Zach Redmond, the popular Rochester Americans veteran who was named the AHL’s best defenseman last year, has signed a contract to play next season in Germany.

Replacing Redmond could be difficult. The Michigan native was often a dynamic presence over his three seasons with the Amerks, compiling 41 goals and 127 points in 183 games.

Redmond enjoyed a huge 2018-19 campaign, scoring 21 goals – a franchise record for a defenseman – and 50 points in 58 outings. Following his career-best campaign, he received the Eddie Shore Award given to the league’s outstanding defenseman.

In addition to his scoring prowess, Redmond provided the Amerks valuable leadership and mentored Sabres prospects.

The Sabres acquired Redmond from the Montreal Canadiens before the 2018-19 season in exchange for winger Nick Deslauriers.

Redmond, who has played 133 NHL games, made three appearances with the Sabres. In 2018, he signed a two-year AHL contract to remain in the organization.

Redmond has compiled five goals and 30 points in 59 contests this season.

The COVID-19 pandemic forced the AHL to suspended its season indefinitely March 12.