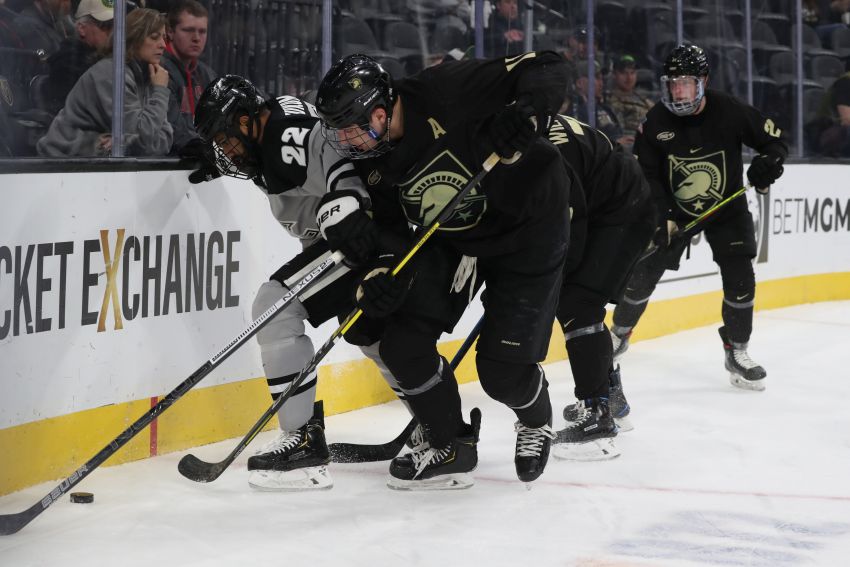 The Rochester Americans have agreed to terms with forward Dominic Franco, Army’s leading scorer in each of the last three seasons, to a one-year AHL contract, the team announced today.

A memo Defense Secretary Mark Esper signed in November allows athletes like Franco at military academies to immediately play professional sports following their graduation if they receive approval from the defense secretary, according to the Associated Press. The athlete must still fulfill their military obligation or repay the costs of their education.

Franco, 24, is joining the Buffalo Sabres organization following a stellar four-year career college career in which he compiled 45 goals and 97 points in 141 games with the Black Knights.