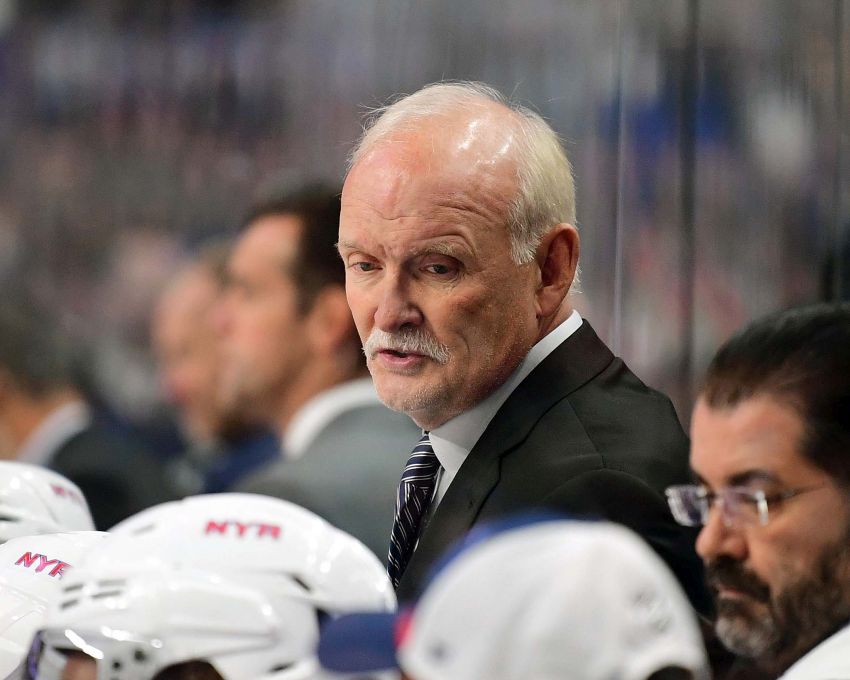 BUFFALO – In Sunday afternoon’s pregame warm-up, Sabres coach Ralph Krueger showcased the same lines he had utilized the previous day against the New Jersey Devils, with one exception.

Coaches, of course, rarely mix up their combinations immediately following the warm-up. So why did Krueger essentially hide his lines from the Devils?

Devils coach Lindy Ruff and one of his assistants, Chris Taylor, know Krueger well, having worked closely with him.

When Ruff served as an assistant coach on Mike Babcock’s Olympic staff for the 2014 Sochi Games, Krueger spent a year as a consultant for Team Canada.

Krueger said when he was working for Canada, he and the other coaches – Babcock, Ruff, Claude Julien and Ken Hitchcock – shared “everything about what they believe in philosophically and exchanged things.”

Taylor just spent three years coaching the Rochester Americans, the Sabres’ AHL affiliate, and filled in as a bench assistant on Krueger’s staff last season when Don Granato was recovering from pneumonia.

“There’s no secrets between Lindy, myself and with Chris there up in the eye in the sky, we knew they would be trying to pick our game apart,” Krueger said.

So Krueger tried to throw them off as much as he could. In the end, the bit of gamesmanship did not work, as the Devils won 5-3 inside KeyBank Center.

“What they did very well is they never really let us get into any type of Buffalo Sabres structure,” Krueger said on a Zoom call Monday. “They just kept the game moving. They wanted a yin and yang kind of up-and-down game and they got that. We got sucked into that. We played their game much (more) than we played our game. …

“There were definitely no secrets. Chris Taylor knows the whole basic playbook there and I thought they did a good job of breaking us down.”

Through 10 games, the 6-foot-3, 207-pound Swede has recorded zero even-strength points and three points overall. His minus-9 rating is the team’s worst.

“The goal is important because he’s an offensive talent and skill player that needs those kinds of rewards,” Krueger said. “His passing is absolutely world-class and NHL elite. His playmaking and the way he brings calm and control on the power play is tops in the league. He just hasn’t been rewarded on points. He has many third assists this year so far. The other assists, they will come over time.

“What we wanted from Rasmus was to gain some strength and he did. He’s added 10 pounds to his frame which, when you do that as a young player, you have to learn to play with that extra weight. His overall foot speed and his ability to defend is improving daily. …

“We are pleased about the last few games. He’s a much improved player defensively.”