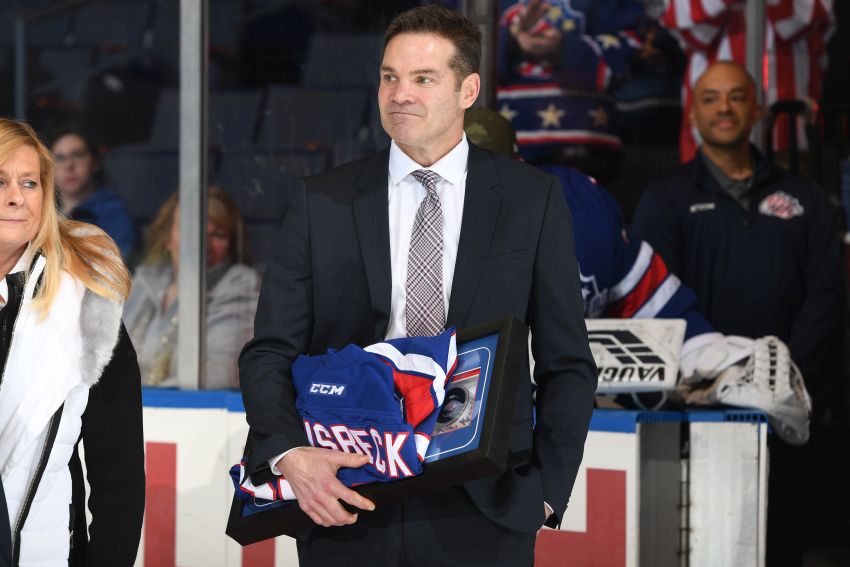 BUFFALO – Assistant coach Don Granato has been hospitalized with severe pneumonia and will be taking a medical leave from the Sabres, the team announced this morning.

To replace him, the Sabres have promoted Rochester Americans head coach Chris Taylor on an interim basis.

Taylor, 47, has coached the Amerks the last two seasons, leading the AHL club to two playoff appearances. Many believe Taylor, a former Amerks star who played with the Sabres, will eventually earn a promotion to the NHL, perhaps as a head coach.

New Sabres coach Ralph Krueger spoke last week about how he and Taylor are on the same page.

“Don Granato is one of those lifer coaches I was looking for,” Krueger said in August.

His brother, Kevin Dineen, coached the Sabres’ old AHL affiliate, the Portland Pirates, from 2008 to 2011.