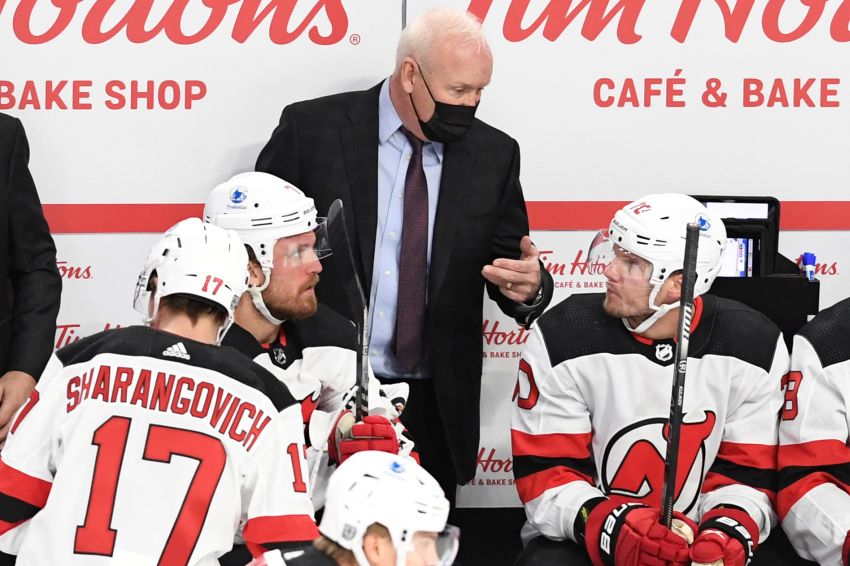 BUFFALO – For three years, ex-Sabres coach Lindy Ruff enjoyed no longer being the guy in charge as an assistant with the New York Rangers.

Ruff’s new duties – he hadn’t served in a secondary role since 1997 – offered him an opportunity to regularly interact with players on a much different level.

“Not having to be that guy that has to lay down the law or (be) really upset with different plays but more worrying about development, more worrying about communication,” said Ruff, whose New Jersey Devils beat the Sabres 5-3 on Sunday afternoon at KeyBank Center.

Ruff, 60, channeled his energy into helping the Rangers’ young talent improve, working closely with a group of players before and after practice.

Learning how to communicate with the modern hockey player – “Getting to understand what made them tick,” he said – helped him evolve. Ultimately, it would help him land the New Jersey job, his third head coaching gig, in July.

“I spent a lot of time with a lot of the young players in New York, getting to understand what would be the best way to go about the way I want to coach,” he said on Zoom call Friday. “I’ve made some changes in that department.”

He added: “I feel rejuvenated with the three years I had away.”

Ruff led the Sabres a whopping 16 years, an unheard of length for a modern NHL coach. After he was fired in 2013, the Dallas Stars snatched him up.

Despite leading the Stars to the playoffs twice, they let him go in 2017 following four seasons.

“I thought it was a reality that I may never be a head coach again,” Ruff said. “That definitely was on my mind.”

Ruff said a fresh chance with the rebuilding Devils has “humbled” him.

“I feel lucky at times that I’ve been been given this opportunity,” he said.

On Thursday, Ruff became the seventh NHL head coach to reach 1,500 games, a milestone the Sabres acknowledged on the video boards Saturday afternoon.

“It means I’ve been around a long time,” Ruff joked. “I really feel that we’re on the cusp here with this group.”

The Devils have started 4-3-2 despite a slew of problems. They lost their top two goalies – Corey Crawford retired during training camp and Mackenzie Blackwood is in COVID-19 protocol – early in the season.

Aaron Dell, a goalie they claimed on waivers, is also in protocol. So on Sunday, Ruff started Eric Comrie, another waiver acquisition. Comrie hadn’t played a game since March 7 in the AHL.

Still, the Devils possess a strong stable of young talent, including center Jack Hughes, the first selection in 2019, and some veterans to complement them.

“It was a real enthusiastic group bought in on how we needed to play,” Ruff said.

He added: “I think we’ve got a real good thing going here.”