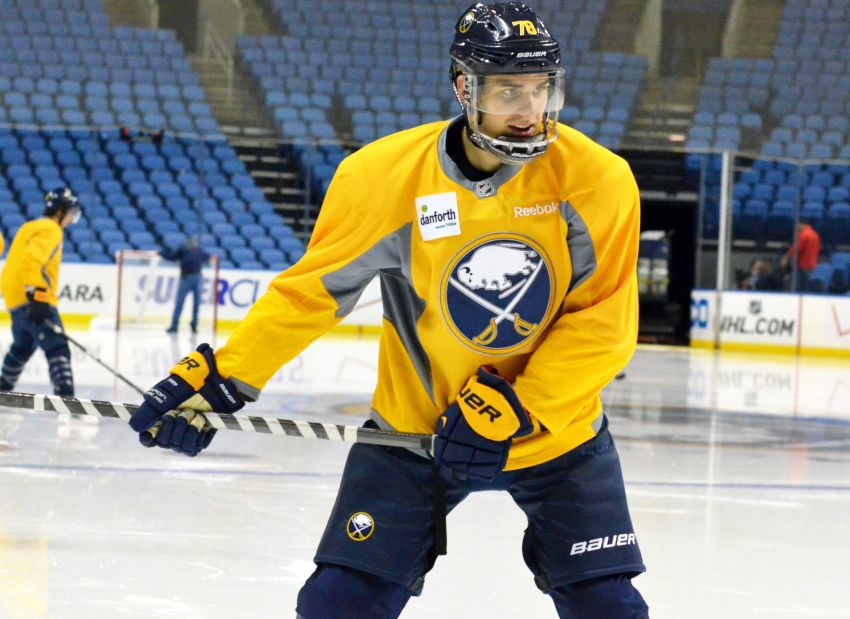 Corey Tropp, out since breaking his jaw during a Sept. 22 preseason fight, is healed. Meanwhile, Patrick Kaleta has finished serving his 10-game suspension for hitting Columbus’ Jack Johnson in the head Oct. 10.

Then he smiled. Read: both will return.

The Sabres must make a roster move today to activate Tropp from injured reserve, Rolston said.

Tropp, who tore up his right knee last season, hasn’t played an NHL game since April 5, 2012.

The 24-year-old is ready to give an honest effort.

“I think this is a city, if you’re working hard, that’s all they ask,” Tropp said. “It doesn’t matter if you’re winning or losing. But they’ll respect us as a club if we’re coming out every night competing hard.”

Kaleta had trouble watching his teammates.

“It stinks sitting there watching your teammates going out and playing and you not being able to help out,” Kaleta said. “You sit there and … not being able to do anything hurts you as a person because you’re a team and you battle through everything together.

Tropp skated on the right wing with center Marcus Foligno and Steve Ott today. Kaleta was on the right side center Cody McCormick and Mikhail Grigorenko.

Scott said he wants to put it to rest.

He skated as a defenseman today beside rookie Nikita Zadorov, a strong sign the 18-year-old Russian will sit a second straight game Saturday.

“Get some perspective on things,” Rolston said about sitting Zadorov.

In other rookie news, winger Joel Armia (broken hand) is about a week away from returning and will be sent to Rochester when he’s healthy, Rolston said.