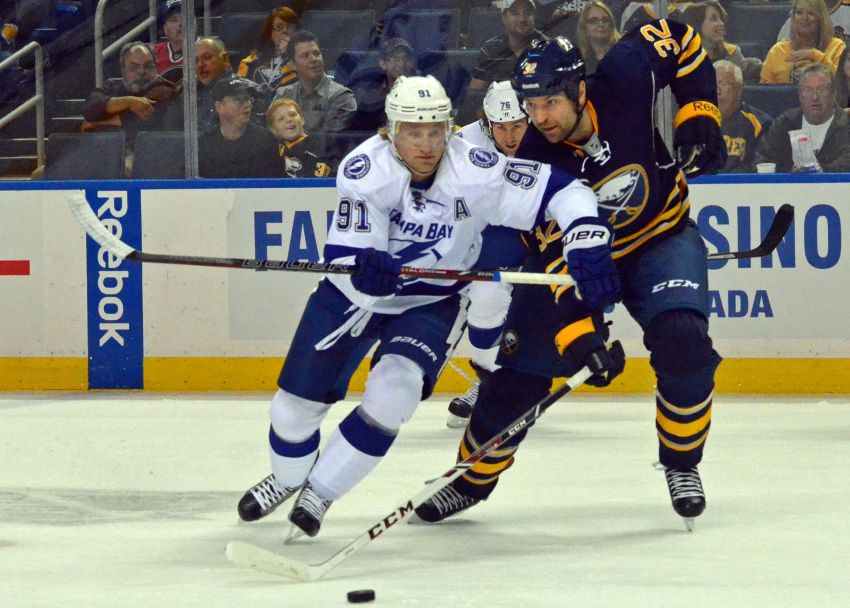 Shanahan said the injury factored in the seven-game length. The 6-foot-2 Eriksson hasn’t played since the hit.

Scott will forfeit $26,923.05 during the ban. The 31-year-old has already served four games and is eligible to return Nov. 8 in Anaheim. He had his in-person hearing Thursday morning in New York, hours before the Sabres’ 2-0 loss to the Rangers.

Officials gave Scott a five-minute match penalty and ejected him after his shoulder hit Eriksson’s head early in the third period of the Sabres’ 5-2 loss to the Bruins.

“Although this is not an elbow to the head, the follow through that occurs after contact indicates a significant level of force on this illegal check to the head,” Shanahan said.

Shanahan noted Eriksson never changed the position of his body or head prior to the hit after passing the puck in the neutral zone. He said the winger was eligible to be checked but not in that manner.

He’s the second Sabre to be suspended this season. Patrick Kaleta received a 10-game ban for hitting Columbus’ Jack Johnson in the head Oct. 10. The winger served his final game Thursday.