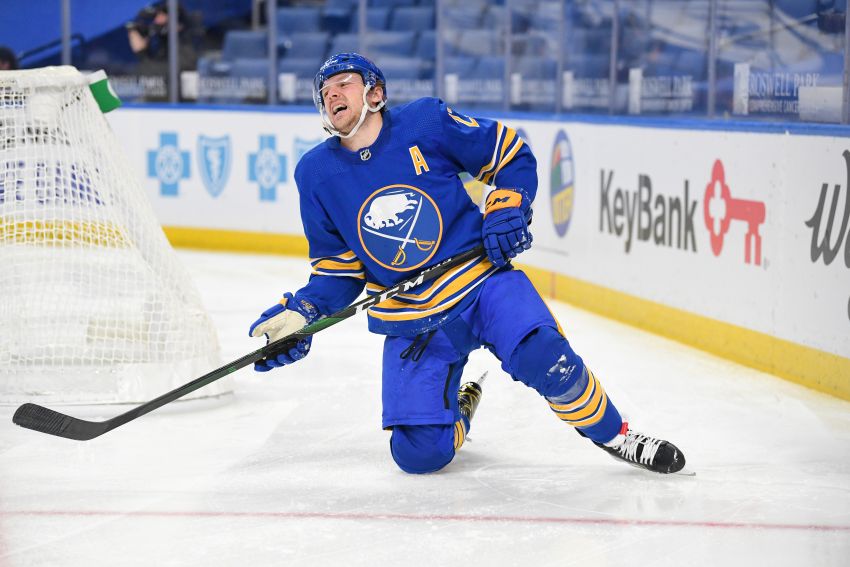 Reinhart did not practice Sunday but accompanied the Sabres to Philadelphia, where they begin a two-game series Monday against the Flyers.

Krueger said Reinhart’s injury, which he suffered in a collision behind the net, “appears to be manageable.”

“We will do a pregame skate again tomorrow where we can then decide our roster after that,” Krueger said on a Zoom call following this afternoon’s practice at KeyBank Center.

In other news, Krueger said winger Kyle Okposo, who’s missed both games with a lower-body injury, will stay in Buffalo and rehab.

“We’re optimistic about the direction but feel he’ll get better rehab skates and he’ll be on the ice tomorrow,” Krueger said. “We hope to have him back for Washington.”

That game in Washington next Sunday, which was scheduled to start at 7 p.m., has been moved to 3 p.m. so it doesn’t conflict with the Buffalo Bills’ appearance in the AFC Championship Game, which will start at 6:40 p.m.