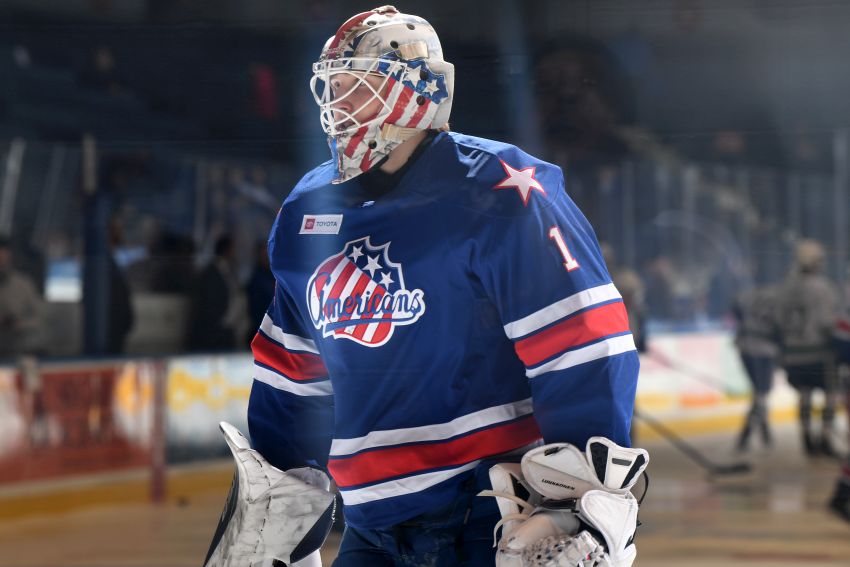 The Sabres loaned Luukkonen, 21, to HC TPS, a Liiga team, in August and had extended the loan agreement throughout the season.

In 13 games with HC TPS, Luukkonen compiled a 6-3-4 record with a 2.52 goals-against average and a .908 save percentage, according to eliteprospects.com.

The 6-foot-5, 220-pound Luukkonen shuttled between the AHL and ECHL as a rookie in 2019-20, playing 33 total games before the COVID-19 pandemic forced the leagues to cancel their seasons.

Luukkonen spent most of last season with the Cincinnati Cyclones, compiling a 12-7-3 record with a 2.24 goals-against average and a .912 save percentage in 23 games. The Cyclones have opted not to play this season because of the pandemic.

The Sabres rewarded the ECHL All-Star with recalls to the AHL, where he registered a 3-4-3 mark with a 3.15 goals-against average and an .874 save percentage in 10 appearances with the Amerks.