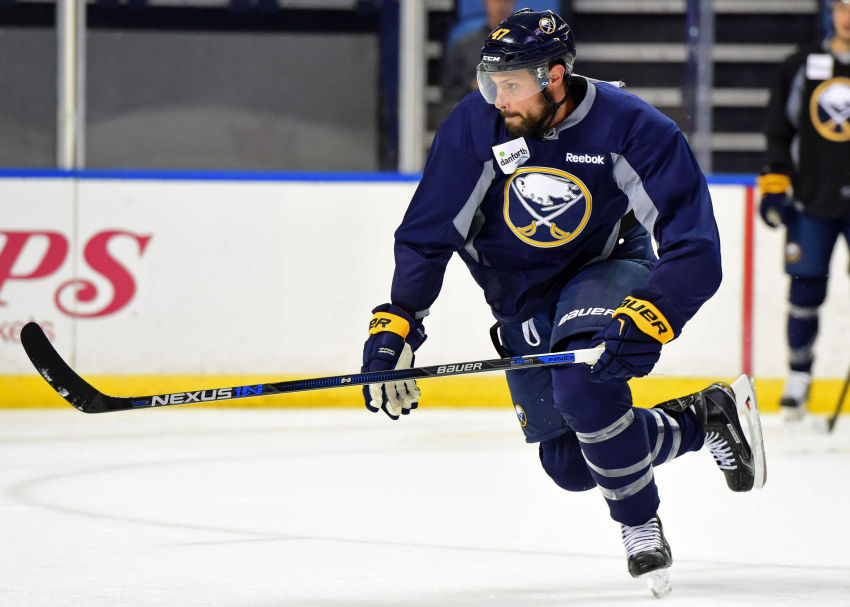 Update: Kane is wearing a walking boot on his left foot.

New update: Bogosian and Kane are skating in warm-ups.

Bylsma wanted them to rest this morning.