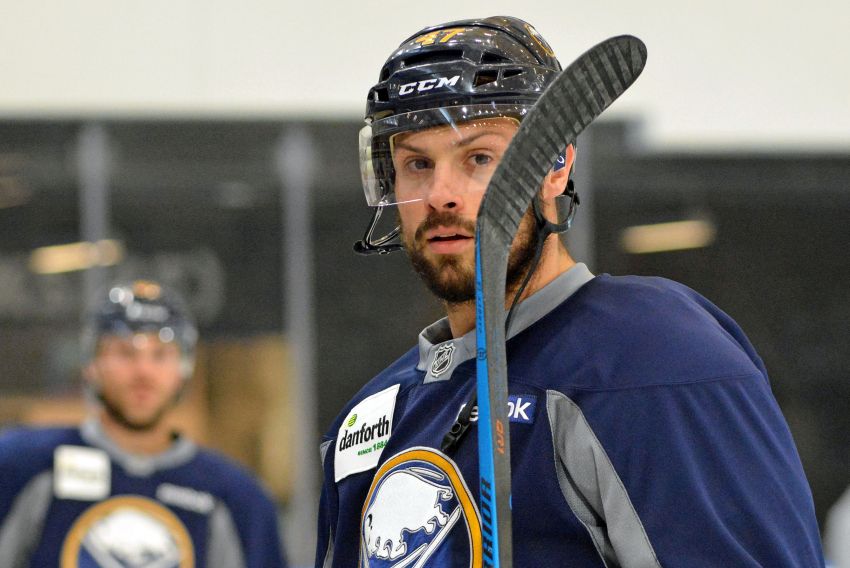 BUFFALO – Sabres defenseman Zach Bogosian, who left Saturday’s 6-1 loss in Washington after blocking an Alex Ovechkin shot with his right leg, should play Wednesday in Toronto.

“I’m good to go,” Bogosian said following practice today inside the First Niagara Center. “Those things happen sometimes it takes a few days to settle down. It’s all good.”

Defenseman Andrej Meszaros, who left earlier in the game with a hand injury, also practiced.

“Especially with one, we’ll see how he feels,” he said.

While it appeared a puck hit Meszaros in the head, he apparently hurt his hand trying to glove a shot.

In other news, Nolan hasn’t decided which goalie will start against the Maple Leafs. Matt Hackett started last game before Anders Lindback relieved him. Nolan plans to talk to goalie coach Arturs Irbe on the way to Toronto.