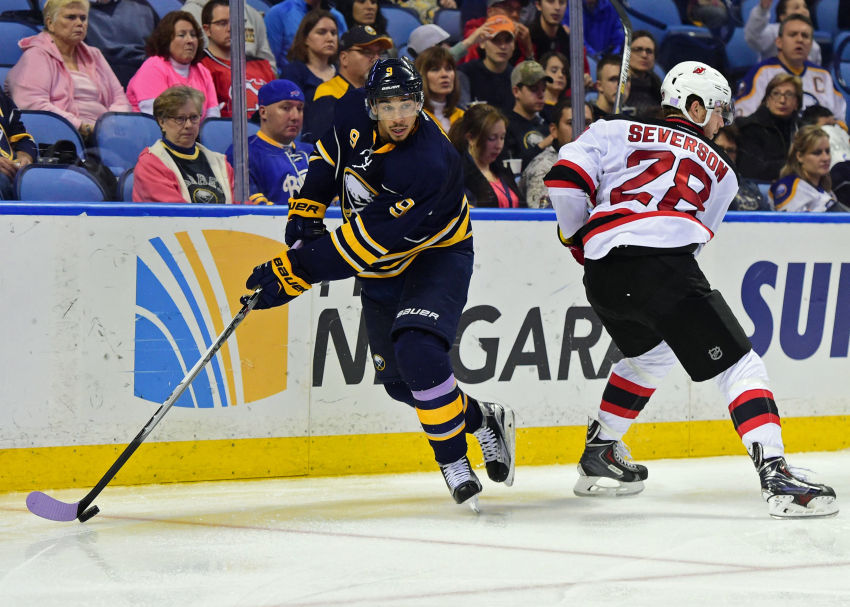 BUFFALO – Why shouldn’t he play, Sabres winger Evander Kane asked? He doesn’t have any MCL pain and feels comfortable wearing a large brace on his left knee.

“I think you’ll have a pretty good chance to see me tomorrow night in the lineup,” Kane, out since Oct. 24, said today after practicing with his teammates inside the First Niagara Center.

The Sabres originally said the former 30-goal scorer would miss four to six weeks after New Jersey’s David Schlemko hit him into the boards. He’s at three and a half now.

“You know what they say, an MCL doesn’t really heal up for 12 weeks, so it’s just more of the fact I don’t have any pain right now,” Kane said.

Whether it’s Thursday or in the coming days, Kane, who has one goal and three points in eight games, will return soon. He practiced today on the right wing beside center Jack Eichel and Sam Reinhart.

“He’s been telling me about his progress for four or five days now,” Bylsma said. “So he’s shown that in his skating. He’s shown that getting on the ice.”