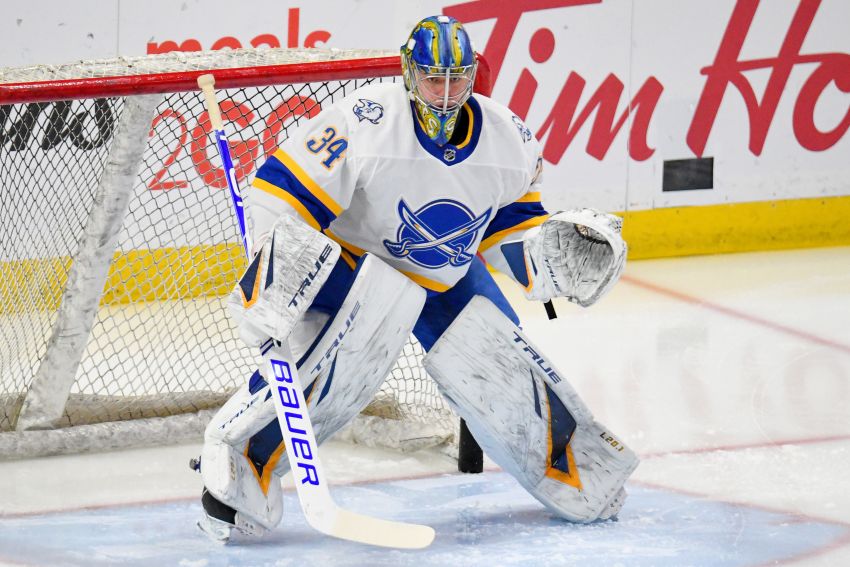 The Buffalo Sabres this afternoon traded goalie Jonas Johansson to the Colorado Avalanche in exchange for a sixth-round pick in 2021.

The Sabres held Johansson, 25, out of Friday’s practice as they attempted to deal him.

A lower-body injury has sidelined starter Linus Ullmark since last month. Top prospect Ukko-Pekka Luukkonen has spent all season as the Rochester Americans’ No. 1 goalie.

The Sabres also have Michael Houser, who cleared waivers today after signing a one-year contract Friday. Houser could replace Tokarski as the taxi-squad goalie.

The Sabres gave Johansson a brief look last week, awarding him three consecutive starts so he could experience a heavy workload. He posted a 3.93 goals-against average and an .864 save percentage in three losses.

Those outings apparently convinced the Sabres he was expendable.

The 6-foot-5, 220-pound Swede was an AHL All-Star with Rochester last season.