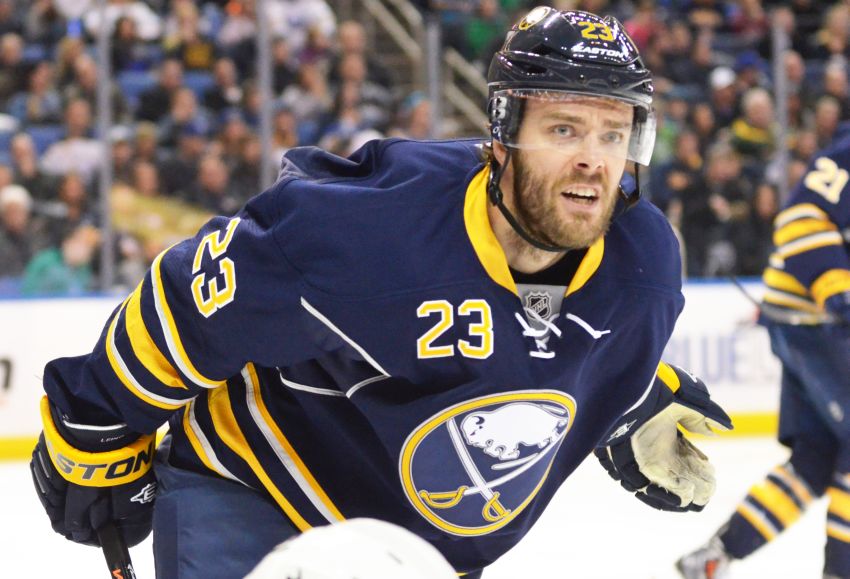 Leino, as you’ll see, was never afraid to speak his mind.

July 1, 2011, the day the Sabres signed Leino to his infamous six-year, $27 million contract and switched him from wing to center:

“I talked to him about all three positions, and he’s comfortable at all three,” former Sabres coach Lindy Ruff said. “But his position that he likes the most is playing center, which is really a bonus, an ideal fit for us. We feel like, initially, that’s exactly where we want to utilize him.”

“We felt very strongly about Ville, and we felt it was important to make sure we didn’t allow a quality player to slip by us,” former Sabres general manager Darcy Regier said.

“It’s a great hockey town, and I think we have a good chance to win it next year, so I’m really excited,” Leino said.

Oct. 24, 2011, after a struggling Leino was switched back to the wing seven games into the season:

“I’ve always said it takes time,” Ruff said. “There’s a lot of examples of players that step in and initially it’s tough. He’s done some good things. Obviously, he’s been uncomfortable in some situations. But I like what he’s done so far. I’d like him to have better numbers but he doesn’t.”

Feb. 9, 2012, Leino, who came from a looser dressing room in Philadelphia, discussing the Sabres, a team he found “way too serious” during his first season:

“You got to have fun but you got to be serious,” Leino said. “That’s the balance we got to find a little better. I feel like because now we’re having fun, if you watch us on the ice, watch us in practice, we go hard, we work hard – but we’re still having fun, we’re still playing with a swagger. Sometimes you need that swagger to get going.”

Leino was enjoying one of his best Sabres stretches then, having compiled a goal and five points in four games:

“It hasn’t been easy this season, definitely frustrating,” Leino admitted. “But I always try to be happy and not think about that so much. … It’s not going to ease up until you get your confidence back. I was working on my game and trying to do that.”

A hip injury shelved Leino for the first two months.

“I like what I saw tonight from him, puck possession and some of the things that he can do,” Sabres coach Ron Rolston said.

Leino played eight games that season, scoring twice in his final appearance March 30. He never scored another goal. A lung injury sidelined him the rest of the season. He then underwent offseason hip surgery.

“He’s got that opportunity now,” Rolston said. “He feels good. His health is good. He’s looking forward to a good start. So I think he’s excited about that.”

Leino then cracked his rib in the season opener, costing him 11 games.

Dec. 10, after Nolan scratched Leino (Rolston had once earlier) and let him know how he felt:

“He didn’t practice all that well,” Nolan said. “I think we’re a product of our environment. If we don’t practice hard, how we going to play hard? It’s one of those things we have to set a certain standard here that you have to be accountable for, not just Ville, but everybody.”

Leino, despite zero goals scored, couldn’t believe he was benched.

“I’m not sure what he wants out of me,” he said before stopping himself from making another comment.

“Here’s another guy with a tremendous amount of skill,” Nolan said. “But skill is nothing if you have no will to compete and battle and get dirty once in a while, and that’s what he has to do.”

“I like battling,” Leino said. “Sometimes in a game it’s hard to get into the game, to get inside of the game to go battle hard. So somehow you just have to find a way to get in there.”

April 1, after the home crowd roared and Leino scored the shootout winner:

“Those kind of moments, you get a little extra energy, extra effort to want to put it in.”

“I haven’t thought about it much here,” Leino said. “Kind of get this game over (and) in a couple of days think about it. I mean, there was so many chances.”

Leino claimed he hadn’t thought about his future “that much.”

“I’ll think about it and talk to the coaches, GM what’s going on,” he said.