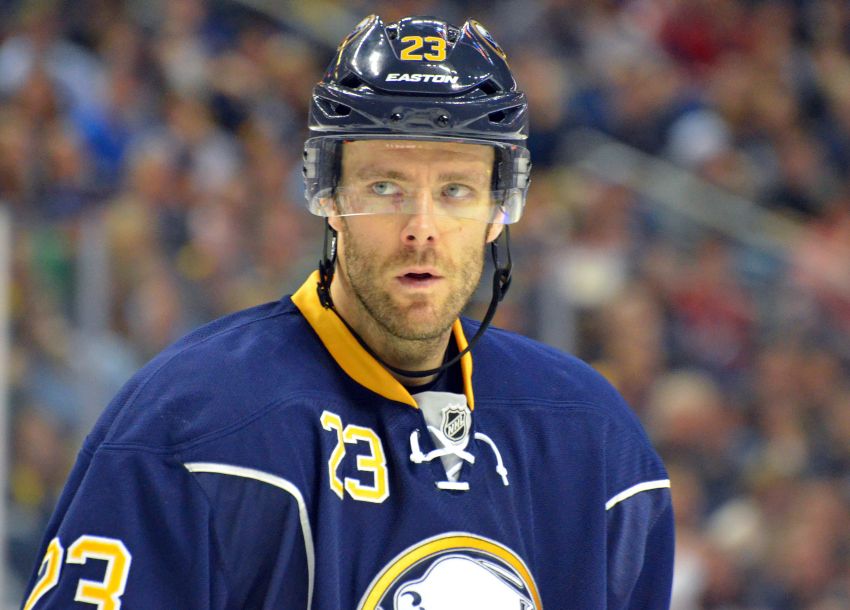 BUFFALO – It happened every time Ville Leino touched the puck, whether the Sabres center was 10 feet from the net or in another zone.

The 18,804 fans inside the First Niagara Center cheered the Finn wildly throughout Sunday’s season finale, hoping he would score his first goal in his 58th appearance. Some implored him to shoot.

Alas, Leino couldn’t score, completing what was arguably the worst season ever for a Sabres forward.

“I haven’t thought about it much here,” Leino said about his goalless campaign following the Sabres’ 4-3 shootout loss to the hapless New York Islanders. “Kind of get this game over (and) in a couple of days think about it. I mean, there was so many chances.”

It wouldn’t have counted as a regular goal, but the crowd seized one final chance to cheer. The fans roared when Leino hopped over the boards with the chance to tie it.

But in what could’ve been his final few strides with the Sabres, Leino lost control of the puck.

Nolan took a positive from the team’s 61st loss, however.

“Two last-place teams playing and the fans were still right there to the end cheering,” said Nolan, whose club finished dead last in the NHL.

Nolan mentioned the rabid support to his players following the game.

“That’s why it’s so important this summer that we come back with a whole different attitude and a whole different change and try to get this thing turned around,” he said, “because if there’s fans that deserve a championship, this is the town.

“Tonight was probably a fitting night to see the crowd the way it was.”

Sabres center Tyler Ennis added: “Mark my words, we’re going to win one for these people one day because it’s awesome they come out for a last-place team last game of the year and cheer that hard. It’s nice and we appreciate that.”

It’s very possible Leino won’t be around if that happens. The Sabres could buy the final three seasons of the 30-year-old’s six-year, $27 million contract this offseason.

What does Leino think about his future?

“I’ll think about it and talk to the coaches, GM what’s going on,” he said. “I haven’t thought about it that much.”

Injuries and poor play usually make Leino the fans’ No. 1 whipping boy. But he could hear them telling him to shoot.

“Yeah, I guess I could shoot more there,” said Leino, who had six shots Sunday. “But I had a couple good tries. You’re trying to score but you’re also trying to play like you play.”

Leino’s happy the season is over.

“I good hurt my first period (and missed 11) games,” he said. “Then when I got back we were already sliding hard. Then I was playing 10 minutes in a fourth-line (role), no power play.

He added: “It’s been rough and a lot of ups and downs, high emotions. Definitely has been hard to play my game, too.”

The Sabres’ three goals – Jamie McBain, Matt Ellis and Torrey Mitchell scored – gave them 150 for the season, the lowest total ever in the modern era.

The Sabres’ finished with just 21 wins, as many as they had in 48 games last season and the second-lowest total in franchise history.