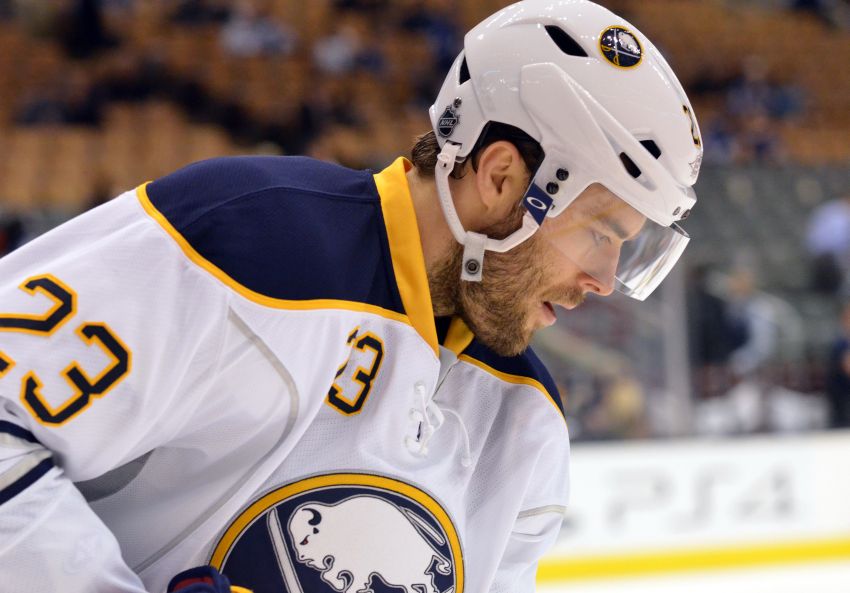 TORONTO – His position doesn’t matter, Buffalo Sabres center Ville Leino said. The Finn can play in the middle or on both wings. Leino cares about his ice time and responsibility.

The 30-year-old enjoyed little of either under former coach Ron Rolston, who was fired Wednesday with general manager Darcy Regier.

Leino has struggled as a third- or fourth-line winger most of this season. Rolston even scratched him recently.

But in Friday’s 3-1 win against the Leafs, Ted Nolan’s debut as interim coach, Leino skated a season-high 18:08 as a center, nearly doubling his ice time from the previous game.

“It makes you feel better,” Leino said Saturday prior to the Sabres’ 4-2 loss to the Maple Leafs inside the Air Canada Centre.

Leino clearly didn’t mesh well with Rolston, who never explained the benching to him.

Leino chatted with Nolan and Pat LaFontaine, the team’s new president of hockey operations, right away. They decided he would move back to center, a position he played professionally in Europe and briefly two years ago.

“I can play center in this league,” Leino said.

“It’s an old-school hockey coach and old-school coaching. I think everybody will like him. He’s honest.”

Leino added: “You’ll still have your systems and your places, but it’s not going to be like Ron that you have to do this and you have to focus on going here. That makes you slow. You have to work on your instincts. Everybody’s been playing hockey for all their lives.”

Nolan on why he immediately awarded 34-year-old defenseman Henrik Tallinder an assistant captaincy: “Watch him from afar, and you can tell he played in some great organizations, probably some of the best in this league. You don’t play on those type of teams and last that long without being a good character guy.

Defenseman Christian Ehrhoff wears the other ‘A.’

3 thoughts on “Sabres’ Ville Leino on old regime: ‘I didn’t know who makes the decisions’”