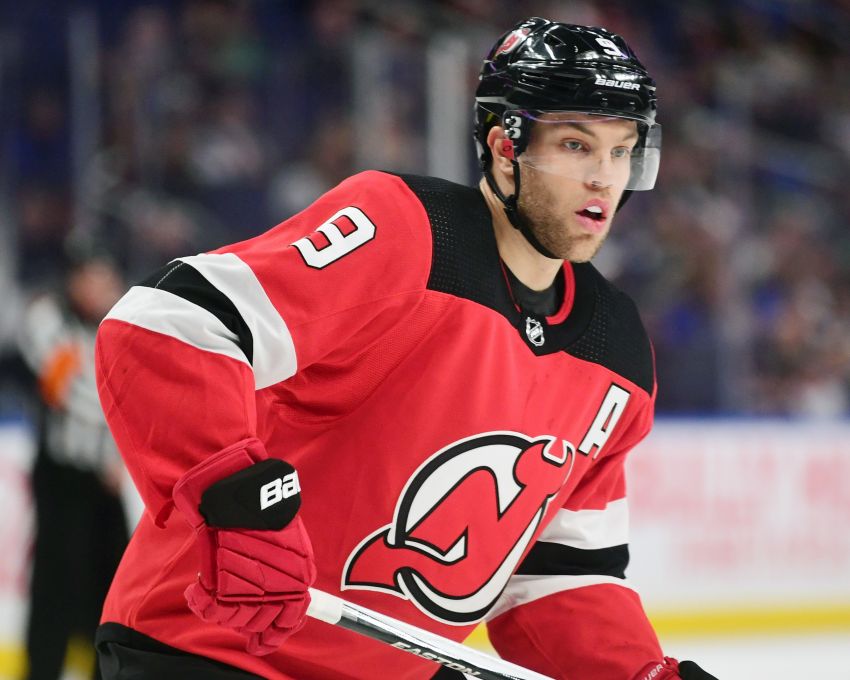 Eichel, having played 354 games without sniffing the postseason, has experienced a similarly frustrating start to his career.

The American, 23, was supposed to lead the Sabres’ resurgence after they drafted him second overall in 2015. Hall, 28, also faced similar expectations as the first overall selection by the Edmonton Oilers in 2010.

“I’ve been in a similar situation,” Hall said on a Zoom call Monday, a day after signing a one-year, $8 million contract with the Sabres. “At one point in my career, I was a frustrated, young 22-year-old, 23-year-old. I know what that’s like, but I also know how quickly it can turn, and all of a sudden, you’re on a team that’s winning more games than it’s losing, you’re in a playoff hunt.”

Hall’s opportunity finally materialized after the Oilers traded him. In 2017-18, his second season with the New Jersey Devils, he earned Hart Trophy honors and led them to their first postseason appearance in six years.

Eichel probably wants to taste his first postseason action in Buffalo. He’s just two seasons into an eight-year, $80 million contract. He seems to revel in the pressure that accompanies being charged with resuscitating a moribund franchise.

Naturally, the Sabres’ woes have worn heavily on Eichel. He said following last season he was “fed up” with losing.

“If he’s your best player, I think you have a really good chance at making a playoff run,” Hall said. “Surround him with the right pieces and the right attitude, and you see what can happen.”

Despite Eichel’s emergence as an MVP candidate last season, the Sabres missed the NHL’s playoff qualifying round by one point. They haven’t cracked the postseason since 2011, the league’s longest drought.

“He’s an amazing hockey player,” Hall said. “I think that he took a great step last year. Now it’s about can we find a way to get him in the playoffs and really produce on a stage that I feel that he deserves.”

The Sabres likely know they must start winning to keep Eichel, their biggest star, happy. Right now, Hall believes Eichel is “all-in” on the Sabres.

Hall said Eichel’s presence “was a big reason” he chose the Sabres over other suitors.

In signing just a one-year contract, Hall bet on his talents. If the left winger enjoys another dynamic season – he only scored 16 goals and 52 points in 65 total games last season – he could find a lucrative long-term deal as a free agent again next year.

Why not try to ignite your career with one of the NHL’s best centers? Eichel and Hall possess the talent to develop into an elite duo.

“You have to be excited when you think of two elite forwards of that caliber attacking the opposition with the system that we have, and it will be lethal,” Sabres coach Ralph Krueger said on a Zoom call later Monday

Of course, while it seems likely Eichel will pivot Hall next season, Krueger wouldn’t confirm it.

“That’s definitely going to be an overriding option,” he said. “The two of them, I know both players so well, and the power that they bring and the speed with which they can execute and the puck possession that they have makes it very exciting. It will also give Jack … more space and possibly a little bit less of a focus will be on him. We see that initially after this short period of contemplation as a strong option.”

The Sabres also acquired Eric Staal to be their No. 2 center, so Krueger has some options for his wingers.

“Have I been told that I’ll play with (Eichel) exclusively?” Hall said. “No, I have not but when Ralph talked to me, he thinks we’re a really good pair, not only on the ice but he feels like we have the same personality and we’re going to jell well. That meant a lot coming from Ralph, he doesn’t just say that.”