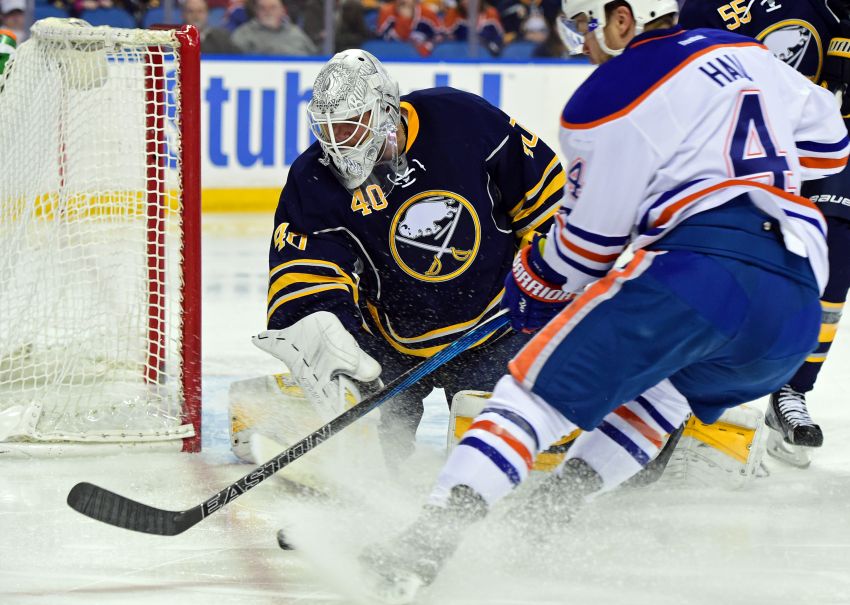 Taylor Hall wanted to connect with Ralph Krueger again, so on Sunday morning, hours before he would stun the hockey world by choosing the Buffalo Sabres, he and his old friend chatted on FaceTime.

Hall, 28, liked what he heard. He needed to make a decision. But before the slick winger picked a new team, he wanted to hear more from Krueger.

So Hall and Krueger, whose relationship began in 2010 with the Edmonton Oilers, discussed, among other things, life and what it’s like living in Buffalo. Still, hockey came up, and Krueger explained the Sabres’ culture and how he would get the most out of Hall, who earned the Hart Trophy in 2017-18.

“It’s been a long time since I had seen Ralph like that and we just talked and he told me about Buffalo,” Hall said on a Zoom call Monday. “I could just see it in his face that he really wanted me there. It’s a good feeling to be wanted like that, it really is.”

“We have that trust level, Taylor and I,” Krueger said on a Zoom call later Monday. “We developed it early on and we’ve held onto it over the last decade.”

Ten years ago, Hall was an 18-year-old rookie and the first overall pick by Edmonton. Krueger, meanwhile, was a 51-year-old first-year NHL associate coach who had spent his entire career in Europe.

On the first day of fitness testing that training camp, they ended up on a bench together waiting to see the doctor.

“He was my first NHL player that I sat together with,” Krueger said. “And our relationship grew from there.”

He added: “Through those first three years, we really went through a lot of conversations as he was evolving as a teenage player does.”

In Krueger’s lone season as Edmonton’s head coach, the lockout shortened 2012-13 campaign, Hall enjoyed a breakout year he called his most successful with the Oilers.

Krueger tried to balance his relationship with Hall. While he said he “was really hard on him and very demanding,” he offered Hall “a lot of respect in both directions.”

What Krueger enjoyed with Hall is similar to what he developed last season with the Sabres captain Jack Eichel, whose dynamic play generated MVP talk.

“Jack wants to get better every single day,” Krueger said. “You need to work with an athlete who’s so demanding of himself in that way, and that’s how I was with Taylor back then. My goal as the coach is to get the best out of the individuals but in a way where we work on it together, and there has to be a trust in that kind of approach.

“And as a result, you need to invest in other things over and above the hockey. You have to take interest in them as people.”

Hall believes Krueger’s personality and ability to communicate makes him uniquely qualified to be an NHL coach in 2020.

“Ralph is a very interesting human being,” Hall said. “He’s so diversified in his interests in how he talks to people. I think in 2020, a coach like him has the greatest chance of connecting with athletes and really making people better.

“We talk about hockey and how it’s all statistics and stuff like that, but really it’s a bunch of people, and I feel like he can get the most out of people. When I had him as an assistant coach he was awesome.”

“He sees the game in a way that an offensive guy would want to play for,” he said. “I saw that first hand and I still believe that. You see how Eichel was able to up his production last year and take a step that I think a lot of people around the league thought he could do.

“I don’t think it’s a coincidence that Ralph was able to get a lot out of him. Jack did the work, but there was obviously a good relationship there.”