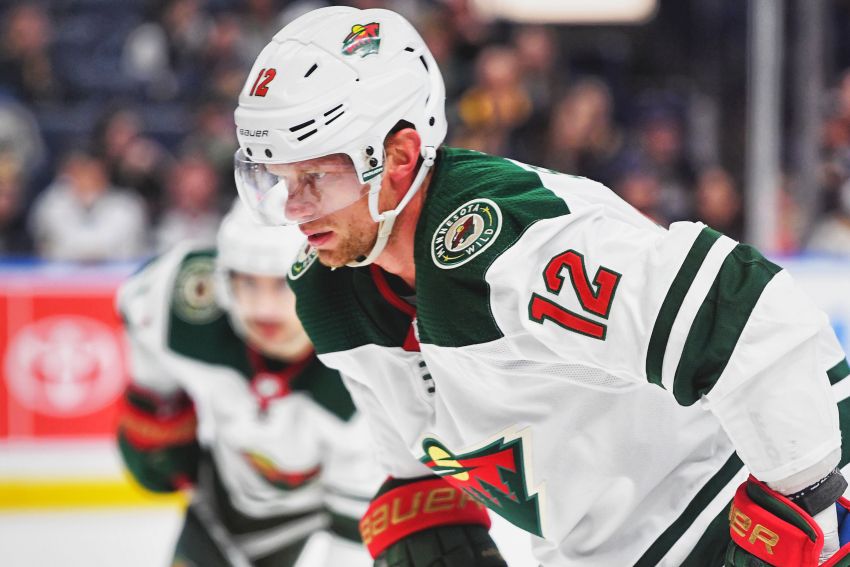 The friendship between Buffalo Sabres newcomer Eric Staal and general manager Kevyn Adams dates back 17 years, to their days as teammates on the Carolina Hurricanes.

Back then, Adams, a veteran, often invited the budding superstar to his family’s house for dinner.

“He was very good to me as a young player in Carolina,” Staal said on a Zoom call Friday “I was at his house numerous times as a young guy. We just got along really well.”

So when the Sabres named Adams GM on June 16, Staal said he sent his friend a note “wishing him the best and knowing that he would succeed and do well.”

“Little did I know he would be trading for me in (three) months,” said Staal, who was acquired from the Minnesota Wild on Wednesday in exchange for forward Marcus Johansson.

Joining Minnesota as a free agent in 2016 reignited Staal’s sputtering career. Following some down seasons, he quickly morphed back into a star, scoring 42 goals in 2017-18, his highest total in 12 years.

At home, the outdoor rink he built for his sons brought back cherished memories of skating outdoors with his brothers growing up in Thunder Bay, Ontario.

“The biggest thing was just that excitement and that passion that maybe had faltered a little bit,” Staal said of what he cherishes from his career in Minnesota. “I got that back just shoveling the outdoor rink.”

On Wednesday, Staal was in his backyard – he’s having a new home built in Minnesota – when Bill Guerin, who just completed his first season as Wild GM, called. Staal hadn’t spoken to Guerin since the season ended, so he figured he wanted to catch up.

Instead, Guerin informed Staal, 35,  he had been traded to the Sabres. The news stunned Staal.

“The initial shock of everything was the biggest emotion I felt and we felt,” he said. “It’s been a great fit here in Minnesota for me and for my family. We really integrated well and not only on the rink for me, but my kids, my wife, and to me, that’s my most important thing.

“When you get kind of that news, pretty much out of the blue, it throws you for a little bit of a loop. But we’ve been able to process here a little bit more of the last two days or so. We … can adapt to change and we can move forward, and that’s what we’re going to do, and we’re excited about the opportunity and the challenge that’s ahead.”

Staal, who has one year left on his contract, figured if Guerin traded him, he would wait until next season, perhaps around the deadline.

Playing under Adams, who won the Stanley Cup with Staal in 2006, should ease the transition to Buffalo.

“Being able to play for him and know the type of character and person he is is important to me,” Staal said. “It’s definitely a different situation than where I have been. But I am getting to the later stages of my career, and I understand that’s sometimes how things go. It’s a new opportunity.”

The Sabres expect Staal to seize his opportunity as their second-line center behind Jack Eichel. Johansson, a natural winger, often struggled in that role in 2019-20, scoring only nine goals in 60 games.

Staal, meanwhile, scored 19 times in 66 outings. He has averaged 28 goals over his last four seasons.

“When you plug in on a very good team, that confidence and excitement for the game came back really quickly for me,” he said of Minnesota.

In addition to providing offense, the Sabres want Staal to mentor their young players, including top center prospect Dylan Cozens, who’s expected to battle for a roster spot next season.

“It’s just being a sounding board if he’s got questions, it’s about coming to the rink being a pro and being prepared, having fun, enjoying it,” Staal said. “Just all those things I know I’ll do because that’s who I am and I’ll enjoy just being there with the guys and playing the game. There’s nothing better.”

He added: “There’s some talent there in Buffalo. There’s some younger players coming up. There’s things to be excited about. I just think it needs to be developed and that confidence needs to grow. I think I can try to be a part of helping that along.”

2 thoughts on “Eric Staal shocked by trade to Sabres, excited to play for GM Kevyn Adams”