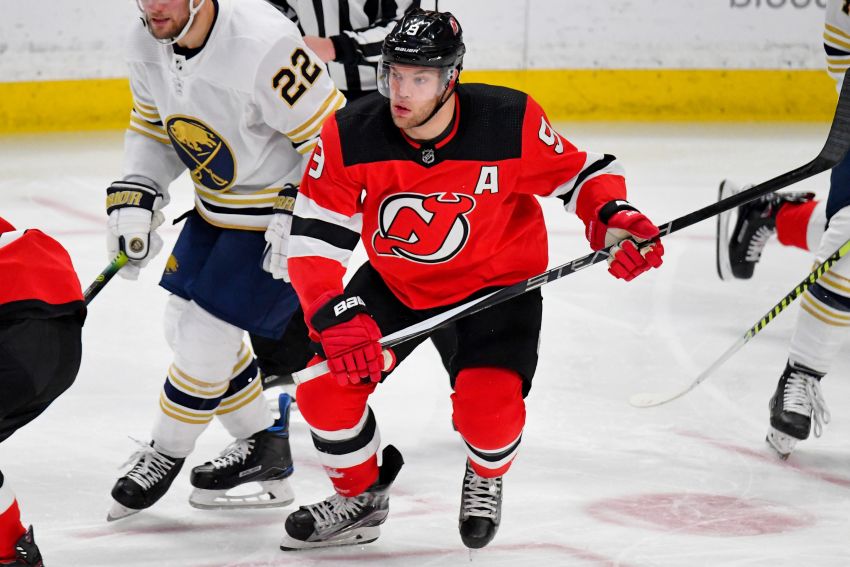 When free agency opened Friday, rookie general manager Kevyn Adams called Darren Ferris, Taylor Hall’s agent, and told him the Buffalo Sabres would be interested in talking to his client.

Few expected Hall, the most coveted winger available, would chose a team mired in a nine-year playoff drought. The 2017-18 Hart Trophy winner recently expressed how winning had become his top priority.

Still, Hall wanted to talk to the Sabres. Their coach, Ralph Krueger, knows Hall from their days with the Edmonton Oilers. The two share a mutual respect. The Sabres also have Jack Eichel, who has developed into one of the NHL’s most dynamic centers.

So the Sabres had a couple of things going for them right away.

When Hall’s camp and the Sabres started chatting, Adams said “it became very clear quickly that there was interest.”

On Sunday night, Hall, 28, stunned the hockey world by picking the Sabres over his other suitors, signing a one-year, $8 million contract.

“We were hopeful we’d be able to get this to this point,” Adams said on a conference call. “But we knew it was going to take a lot of conversations and we knew that it had to be a fit for both sides.”

So why is it a fit? Why did an MVP choose a team widely regarded as the NHL’s laughingstock?

Not surprisingly, Adams said another opportunity to play for Krueger was “very important.”

“The way that Ralph had built a relationship in his time with Taylor previously absolutely played a big role in this,” he said.

Through their conversations, Adams said a common theme emerged. Hall, the first overall pick in 2010, wants to be an impact player and, according to Adams, put “himself in a position to have success.”

“He obviously studied our roster, we talked about that,” Adams said. “We had in-depth conversations with him about philosophically as an organization what we’re looking to do. We know we haven’t been good enough. We have to go earn it. This is a position we’re in right now. …

“I certainly think when he looked at our roster he felt comfortable with how he could fit in and what it would mean for him as well as the picture of the team.”

The conversations Hall and his camp engaged in with Adams, Krueger, owners Terry and Kim Pegula and others also helped him develop comfort with the Sabres. Adams said Hall and Krueger spoke often over the past few days.

“We really spent a lot of time over the last couple of days between ownership and myself and Ralph and others just really having open, honest communication with Taylor and his representatives and got to this point,” Adams said.

He added: “That’s, to me, what’s critical in all this, that we got to a place on both sides that there was a comfort level and we all wanted the same thing, which is to put ourselves in a position to compete for a Stanley Cup.”

Adding Hall is a huge deal for the Sabres, who haven’t won much of anything in recent memory.

For nearly three days, the Sabres remained quiet, signing only depth players. It appeared if Adams wanted to make big moves, he would need to make trades.

Clearly, Hall is betting on his talents by signing a short deal. Another superstar-type season – he scored a career-high 39 goals and 93 points three years ago – will likely land him a lucrative long-term contract next year as an unrestricted free agent again.

“We were open to different scenarios,” Adams said of the one-year deal. “We’re looking to make sure that we do things responsibly in how we put our roster together, but just because it’s one year doesn’t give any indication that we only wanted one year.

“We believe in Taylor as a player and a person, and we hope this turns into a long-term relationship for both sides that works.”

In Hall’s one season under Krueger, he scored 16 goals and 50 points in 45 games during the lockout-shortened 2012-13 season.

Hall stayed with the Oilers until 2017, when they traded him to New Jersey in exchange for defenseman Adam Larsson.

Following his career-best season, a knee injury dogged Hall in 2018-19, limiting him to only 33 games. Last season, he struggled before New Jersey traded him to the Arizona Coyotes.

The Sabres now quietly possess one of the league’s best group of left wingers, offering Eichel and newcomer Eric Staal plenty of intriguing options as linemates.

The Sabres have 19 players under contract for and $13,645,833 of salary cap space, according to capfriendly.com.

7 thoughts on “Finding his fit: Why Taylor Hall picked Sabres over other suitors”