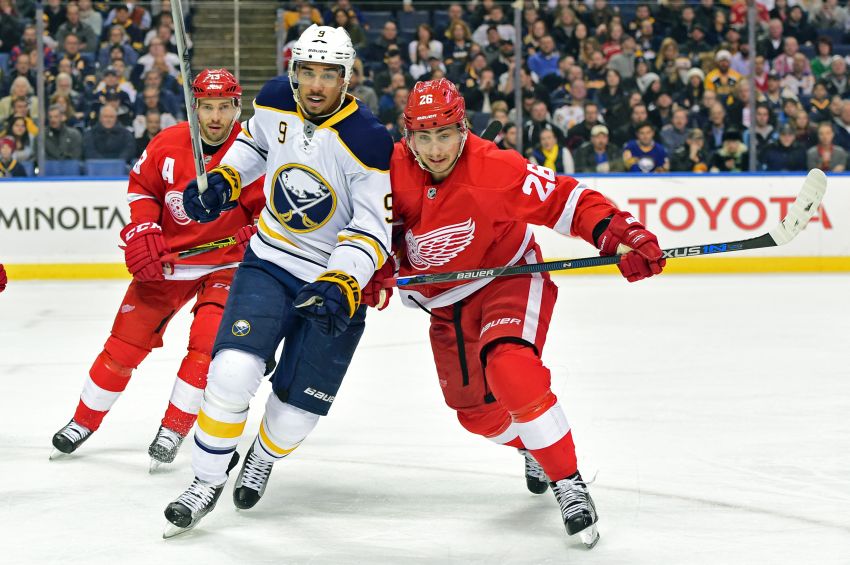 BUFFALO – The Sabres have suspended Evander Kane for Tuesday’s game in Ottawa after the winger “slept in” and missed practiced today, coach Dan Bylsma said.

Bylsma said Kane called his coach and general manager Tim Murray today and told them he wouldn’t be coming to practice.

“Broke a team rule,” Bylsma said this afternoon inside the First Niagara Center. “We’ll be dealing with it internally.”

“He could’ve made it to the game just fine and made it back,” Bylsma said.

After a smooth transition to the Sabres this season after wearing out his welcome in Winnipeg, Kane has gotten in trouble twice in less than two months.

Kane is still subject of a sex offense investigation by Buffalo police following an alleged incident at a downtown hotel Dec. 27. In a statement the next day, he said did nothing wrong and looks forward to clearing his name. Kane has not been charged with a crime.

The seven-year veteran has been perhaps the Sabres’ hottest player, compiling five goals in the last six games.

In other news, center Johan Larsson practiced today and will likely play against the Senators after a lower-body injury sidelined him two games, Bylsma said. Rookie winger Justin Bailey is still with the Sabres.

One thought on “Sabres suspend Evander Kane for sleeping in, missing practice”