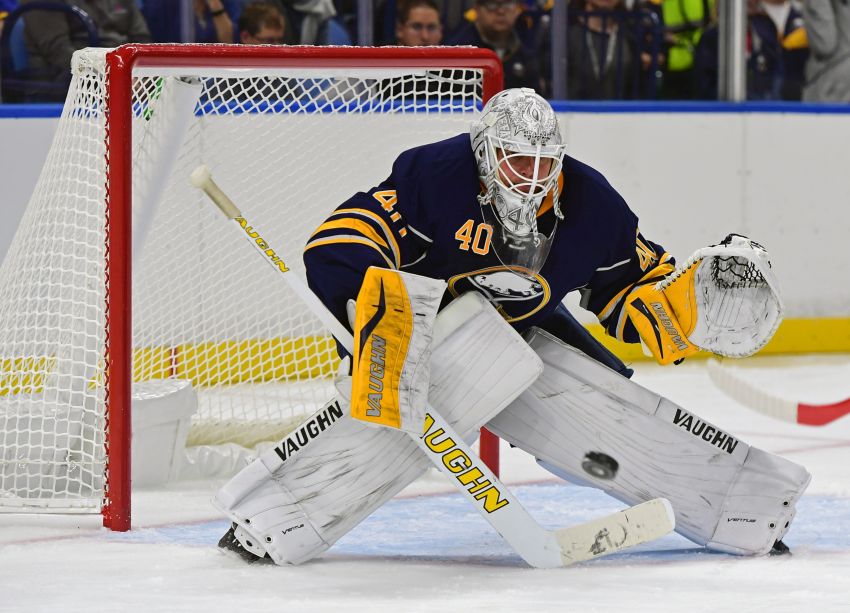 BUFFALO – The Sabres have avoided arbitration with Robin Lehner, signing the starting goalie to a one-year, $4 million contract, the team announced this morning.

Lehner, a restricted free agent, had an arbitration hearing scheduled for Thursday.

Not surprisingly, with a new regime and Lehner light on experience as a No. 1 goalie, the Sabres went with a short-term deal. Lehner will be an RFA again next year.

Lehner, 26, played well for a last-place team while facing 1,910 shots, the league’s third-highest total. He recorded the ninth-best save percentage by a Sabres goalie with at least 40 appearances in a season.

Still, he often failed to be the difference in games, allowing goals on all eight shootout attempts he faced last season.

Former Sabres general manager Tim Murray acquired Lehner from the Ottawa Senators for a 2015 first-round pick and forward David Legwand at the NHL Draft two years ago. Murray knew Lehner well, as he backstopped the AHL Binghamton Senators, a team Murray ran, to a Calder Cup in 2011.

An ankle injury he suffered during his first appearance with the Sabres limited Lehner to only 21 games in 2015-16. Lehner, not wanting to blow his opportunity as a starter, responded by shedding about 40 pounds last offseason, saying “he had done some life changes.”

Lehner also spoke passionately after some tough losses last season, calling on himself and his teammates to be better.