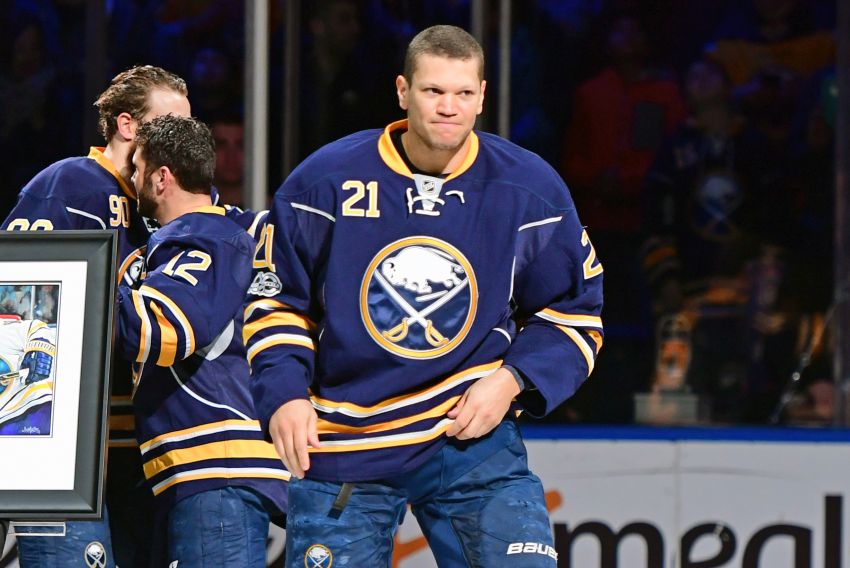 In a letter to fans posted on the team’s website, Okposo said an innocent hit during practice late last season eventually forced him to be admitted to the neuro surgical unit at Buffalo General Hospital.

The reason for Okposo’s absence for the final six games had previously not been revealed.

Okposo, 29, said his mood changed following the hit and he had trouble sleeping. By the time he played his final game March 27, he had no appetite and started losing weight.

He decided to sit out a game the next night, thinking rest would help. When it didn’t, he went to the hospital.

But sleep medications given to Okposo caused a negative reaction in his body. He still couldn’t sleep and he began losing weight at what he said was “an alarming rate.” He dropped below 200 pounds for the time since he was 17. The Sabres list his playing weight at 218.

At that point, a concussion was suspected.

Okposo played in a summer league game last week in his native Minnesota. He had 19 goals and 45 points in 65 contests in 2016-17, the first season of his seven-year, $42 million contract.