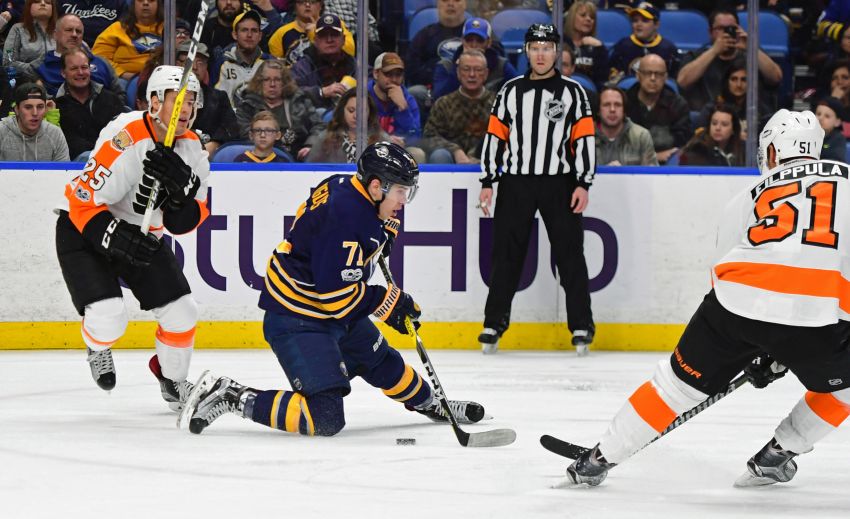 BUFFALO – The Sabres have re-signed forward Evan Rodrigues to a two-year, $1.3 million contract, the team announced this afternoon.

Rodrigues, who turns 24 on Friday, enjoyed a breakout campaign as a center last season, playing regularly with the Sabres for the final two months. In 30 NHL games, the Boston University product compiled four goals and six points.

Some strong play with the Rochester Americans last season earned Rodrigues a permanent promotion in February. He compiled nine goals and 30 points in 40 AHL contests, duplicating his rookie numbers in 24 fewer appearances.

Rodrigues’ contract is a two-way deal in 2017-18 and a one-way deal in 2018-19. The Sabres originally signed Rodrigues as an NCAA free agent in 2015 following a standout senior season with the Terriers in which he scored 21 goals and 61 points in 40 games.