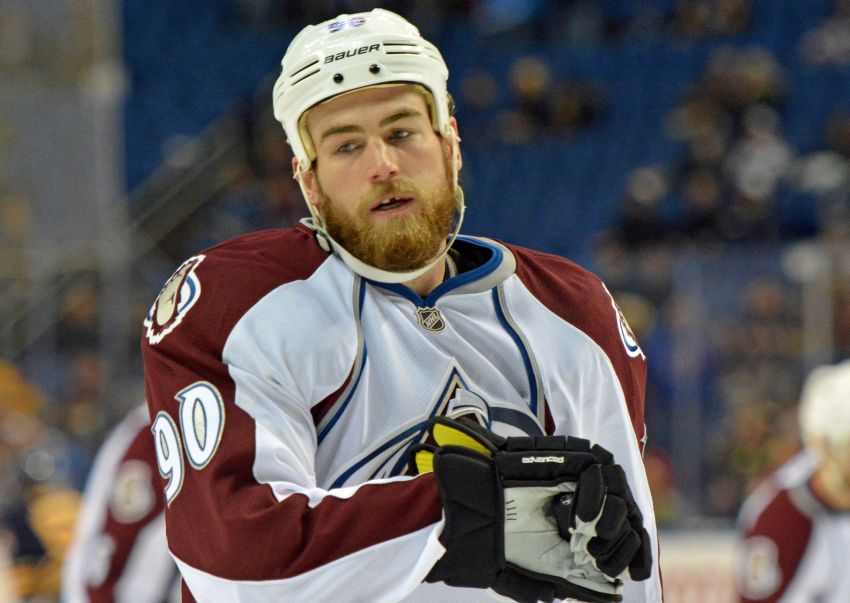 SUNRISE, Fla. – If the Buffalo Sabres win the Stanley Cup someday, remember Friday as the perhaps one of the most pivotal days in the franchise’s 45-year history.

After two wretched seasons in which they finished 30th and became the NHL’s laughingstock, the Sabres sent a strong message to the rest of the league Friday at the NHL Draft at the BB&T Center: We’re back.

Earlier in the day, he sent the 21st pick to Ottawa for goalie Robin Lehner and center David Legwand.

“You know if you go down a road like this it’s not going to be a freebie and you’re going to pay a price, and we certainly paid a price today,” Murray said.

Some players were so excited they texted Murray on the draft floor.

“We did hit some targets today, and that’s exciting when you can do that,” Murray said.

Still, Murray downplayed the deals and wouldn’t talk about the Sabres being playoff contenders again.

“My cliché (is) we’re trying to improve a little bit every day,” he said. “I think today we believe we improved.”

O’Reilly, of course, is the centerpiece of the Avs deal. The 24-year-old, who has one year left on his contract and wants a massive new deal, has 90 goals and 246 points in 427 NHL games. O’Reilly’s also a favorite of the advanced stats crowd.

“I like a lot about him,” Murray said. “I think he’s got tremendous hockey sense. I think his hockey sense is off the charts. He makes everyone around him better. I love his work ethic on and off the ice. I love his skill level. There’s not a lot I don’t like about him.”

Sabres winger Tyler Ennis recently raved about playing with O’Reilly at the world championship. Murray has heard similar things from other GMs.

Murray had been talking with the Avs, who wouldn’t meet O’Reilly’s salary demands, before Friday. He’s prepared to make O’Reilly the highest-paid player on the team.

“I assume I’m going to have to,” he said. “You know going in when you make a trade like this negotiations are going to be starting at a high number. We’re fully prepared for that.”

Murray has already had a casual conversation with O’Reilly’s agent.

O’Reilly’s presence down the middle adds depth and takes pressure off Eichel and center Sam Reinhart, the No. 2 pick last year.

“I think he changes a lot of things for our organization,” Murray said.

Grigorenko, the No. 12 pick in 2012, appeared to be on the outs with the Sabres for months. The 21-year-old Russian mustered only six goals and 14 points in 68 games after the Sabres rushed him to the NHL three seasons ago.

When the restricted free agent recently balked at Buffalo’s two-way contract offer, it appeared the Sabres would dish him. Grigorenko’s back with his junior coach Patrick Roy, who’s now in Colorado.

Zadorov, the No. 16 pick in 2013, frequently drew Murray’s ire for his immaturity. The Russian was bench early last season as he worked to develop better habits, got stuck in the Dominican Republic following the NHL All-Star break and was late to a team meeting.

Following the season, Murray challenged the 20-year-old to grow up.

Compher, the 35th pick in 2013, will be a junior at the University of Michigan next season.