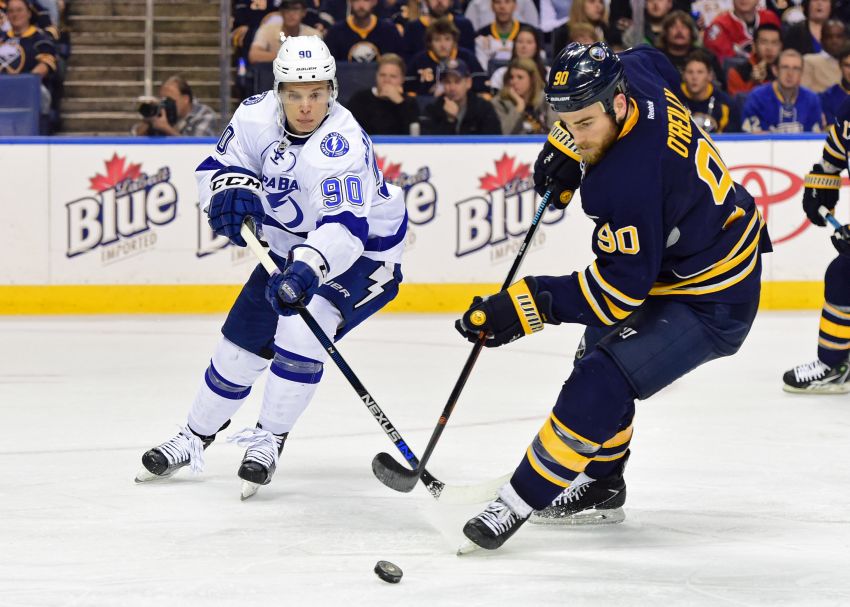 BUFFALO – On Saturday morning, after skating 90 minutes before the Sabres’ afternoon game, center Ryan O’Reilly told coach Dan Bylsma he was ready to return from a right foot injury.

Keep in mind that O’Reilly hadn’t even participated in a full practice with his teammates yet. That was only his second time on the ice since getting hurt Feb. 19.

“He came off the ice and decided, ‘Oh, I can play today. I’m not sure how much I would have in the tank. I want to play at 1 o’clock today,’” Bylsma said today after O’Reilly’s first full practice. “Obviously, that wasn’t going to happen. Today was an important day.”

O’Reilly was able to fully participate during today’s 90-minute session inside the First Niagara Center. The NHL All-Star could play Wednesday when the Sabres host Montreal.

His imminent return from an 11-game absence has created a good problem for Bylsma. In O’Reilly’s absence, the trio of center Jack Eichel, Evander Kane and Sam Reinhart has quickly morphed into the Sabres’ top line and a legitimate No. 1 NHL combination.

But instead of keeping them together, Bylsma put Kane on the left wing today with O’Reilly and Nick Deslauriers. Zemgus Girgensons replaced Kane beside the two rookies.

Reinhart played well with O’Reilly earlier this season, but he has showcased some dynamic chemistry with Eichel recently.

Clearly, with the Sabres out of the playoff chase, Bylsma wants to spread out the scoring to two lines to examine some combinations.

“A little more of a long-term sight as well,” he said. “But I think Evander adds speed next to Ryan. Jack has speed, and Sam next to Jack has got an intelligent player and a player he’s blending with right now pretty well.”

Bylsma said he has been thinking about combinations with O’Reilly getting close to returning.

“I’ve looked at a number of different combinations and matchups, even looking at the third line,” he said.

Bylsma, however, wanted to keep Marcus Foligno, Johan Larsson and Brian Gionta together.

Check back later for more on O’Reilly’s return, the new lines and more.

In other news, Bylsma said winger Tyler Ennis (concussion) is improving and could return this season.