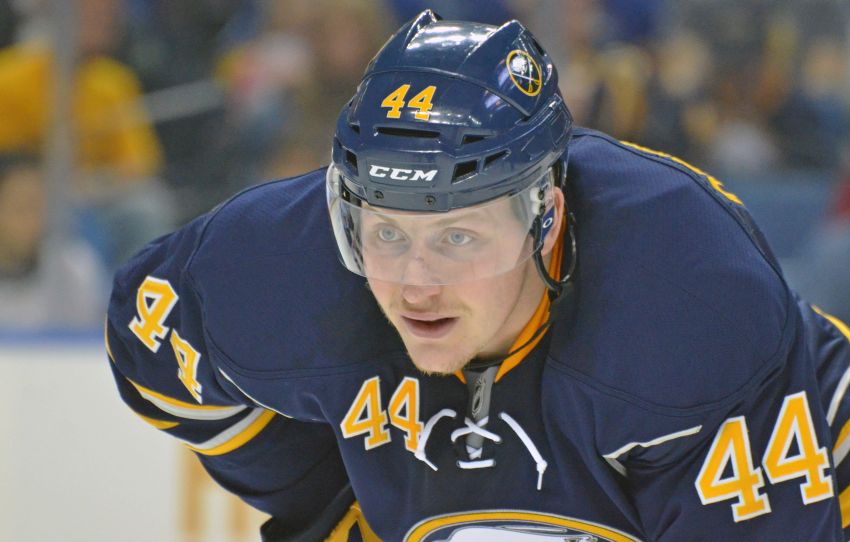 BUFFALO – Give ‘em a nickname. The “Cardiac Sabres” sounds appropriate. Or perhaps the “Comeback Kids” is a little better? These days, no lead is safe inside the First Niagara Center, the site of a several stirring, late-game comebacks by the Sabres in recent weeks.

The Sabres roared back again Saturday, scoring three goals on four shots during a wild five minutes to erase a 3-0 deficit against the upstart New York Islanders.

“It just goes to show you the type of character that we have in this room and the no-quit attitude,” winger Drew Stafford said after a 4-3 shootout win ended the Sabres’ four-game losing streak. “Earlier on in the year, especially down 3-0, the way that they were kind of controlling the play, especially in the second period, (we) might’ve folded up shop, but it’s not so anymore.”

When Chris Stewart zoomed in and slid the puck between goalie Kevin Poulin’s legs to tie it 11:51 into the third period, the capacity crowd of 19,070 fans erupted.

“That was definitely the loudest I’ve ever heard it since I’ve been here,” Stewart said.

Stafford, the longest-tenured Sabre, added: “That was a heck of a move by him. To come back like that, it’s great to hear that sound in this building. It’s been a long time since I’ve heard it that loud. It goes to show you the fans here, they still want a winning product on the ice. We’re doing our best.”

Nick Deslauriers’ goal at 6:39 started the comeback. Then with the Sabres generating more offense, Stafford went off for a weak goalie inference penalty. But Zemgus Girgensons fended off Isles defenseman Johnny Boychuk and scored short-handed at 10:01.

“Two quick goals like that you know a goalie gets shaky,” Deslauriers said. “We just needed to keep going at them.”

The Sabres then seized all of the momentum.

“I really think that short-handed goal by Gussy really fired up the bench,” Stewart said. “You could feel it in the air after that, the energy. We were high-stepping after that.”

Sabres coach Ted Nolan added: “We said going into the third period, ‘You just never know, throw some pucks at the net.’”

How rare is a win like Saturday’s? The Sabres overcame a 3-0 third-period deficit and won for just the second time in their 44-year history, according to the Elias Sports Bureau. It was the first time since a 4-3 triumph against Atlanta on April 2, 2003.

The Sabres erased a three-goal deficit in a win for the first time since beating Toronto 6-5 in overtime April 3, 2012.

The Isles’ Nick Leddy opened the scoring 4:33 into the game. Superstar John Tavares scored twice in the second period. Poulin was recalled prior to the game to replace Jaroslav Halak.

The Sabres lost defenseman Rasmus Ristolainen to the flu, which has been running through the team. Nolan said they will recall a replacement.