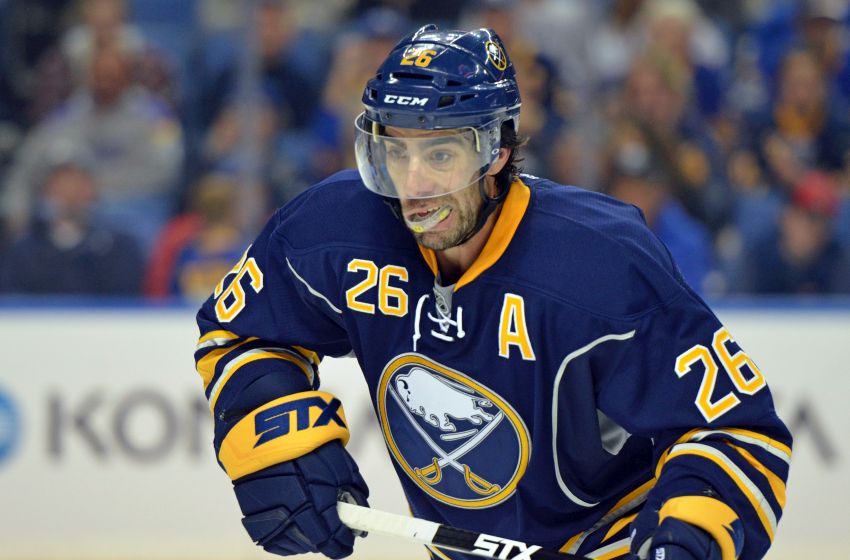 BUFFALO – Five years ago, Matt Moulson, then a struggling winger on a two-way contract with the New York Islanders, was paired up with slick center John Tavares, the No. 1 pick months earlier.

How did Moulson, a former ninth-round pick, mesh so quickly on the left wing with Tavares, hockey’s biggest prospect since Sidney Crosby? Moulson is seven years older than Tavares.

“I just think it’s how close we were off the ice,” Tavares said Saturday prior scoring twice in the Isles’ 4-3 shootout loss inside the First Niagara Center. “Playing with him so young in my career … he had been playing professional hockey for a while and been through a lot of training camps and whatnot. (He) understood … what a lot of it was about. He was someone I could just really lean on when I needed to talk.”

Moulson credits being in “the right place at the right time” for his career taking off on Long Island.

“I don’t think I changed my game too differently,” he said. “Obviously, I had a chance to play with great players. That definitely helps. I think sometimes it’s a confidence thing. For whatever reason, I had a lot of confidence when I was playing there and knew Johnny. Obviously, we had some chemistry.”

Despite all of the success, the Isles traded Moulson to the Sabres on Oct. 27, 2013.

Tavares’ career has kept growing without Moulson. The 24-year-old had 24 goals and 66 points in 59 games last season and 15 goals and 31 points in 35 games this year.

Still, playing without Moulson is different.

Moulson faced the Isles for the first time with the Sabres, although he played against them March 18 after Buffalo traded him to Minnesota, scoring two goals and three points in a 6-0 Wild win.

He returned from a three-game absence Saturday following a short bout with the flu. Luckily, it wasn’t mumps, an illness that has spread throughout the NHL.

“I think everyone’s worried about that, what’s going on throughout the league, but I got all the testing done for it,” Moulson said.

Slowly, the Sabres, a team riddled by injuries and illness, are getting back to full strength.

In addition to Moulson, center Cody McCormick and defenseman Mike Weber returned Saturday. Still, the Sabres had only 11 healthy forwards prior to the game, so they recalled center Mikhail Grigorenko from Rochester.

Weber said the recent breaks in the schedule provided a good time to have the surgery.

Growing up in Mississauga, Ont., Tavares’ father was a big Doug Flutie fan. So when the diminutive star bolted from the CFL to the Buffalo Bills in 1998, the elder Tavares kept watching Flutie play quarterback.

“That’s kind of when I started watching football and saw Doug Flutie doing those great things for the Bills,” Tavares said Saturday morning.