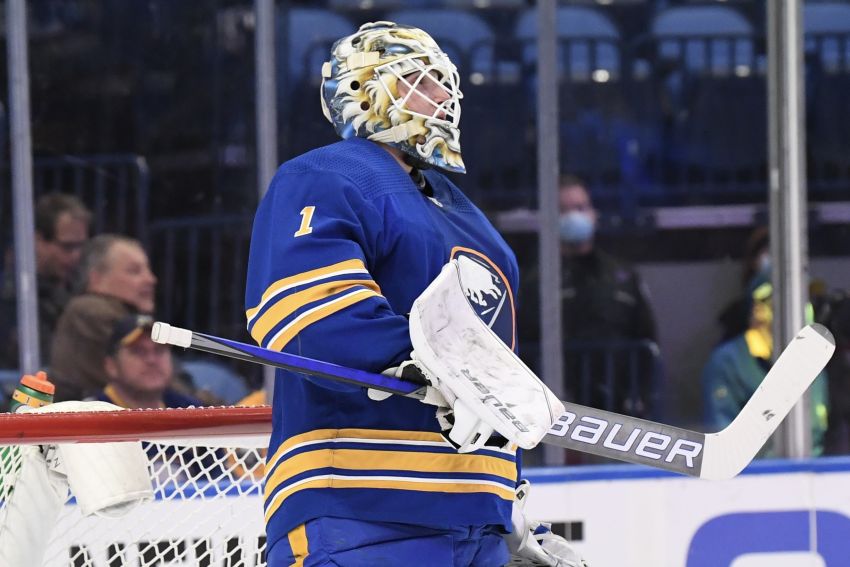 General manager Kevyn Adams has said Luukkonen, a prospect labeled as the Sabres’ goalie of the future, is likely ticketed for the Rochester Americans again this year. The Sabres plan to utilize veteran Craig Anderson and newcomer Eric Comrie as their netminding tandem.

Luukkonen, 23, has battled injuries over his three-year pro career, and Sabres want him to return to the minors for more seasoning.

The 6-foot-5, 217-pound Luukkonen played nine games with the Sabres last season before suffering a lower-body injury, compiling a 2-5-2 record with a 2.74 goals-against average and a .917 save percentage. When the Finn returned to Rochester and found a groove following some struggles, he suffered a lower-body injury in the regular-season finale. He missed the Amerks’ entire 10-game playoff run.

Luukkonen underwent hip surgery prior to his rookie campaign in 2019-20, and he started the season a month late in the ECHL. He also suffered a season-ending left ankle sprain late in 2020-21 in his fourth NHL appearance.