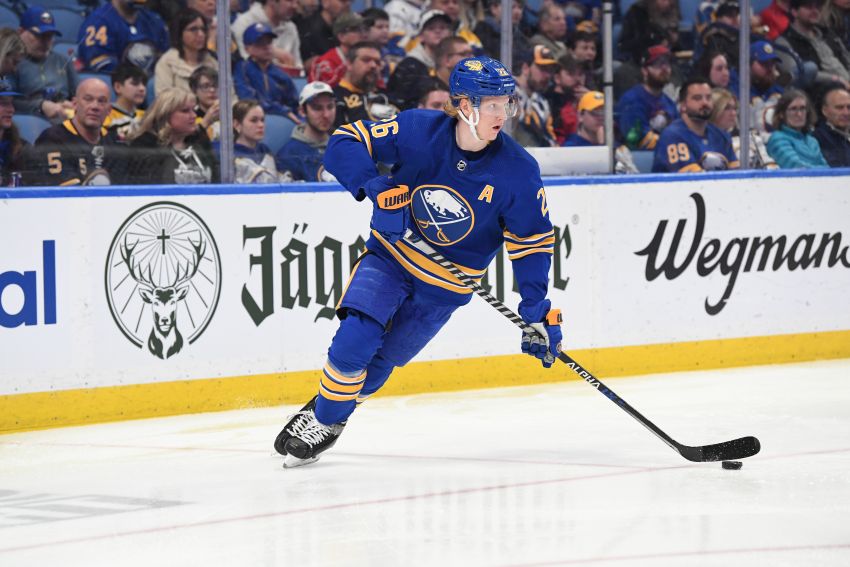 Rasmus Dahlin and other established Sabres are scheduled to practice Sept. 22. ©2022, Micheline Veluvolu

Buffalo Sabres veterans will report for their training camp physicals on Sept. 21 and have their first on-ice sessions of the new season Sept. 22 at KeyBank Center, the team announced Wednesday.

Meanwhile, Sabres rookies will practice next Wednesday at LECOM Harborcenter in advance of next Thursday’s Prospects Challenge rookie tournament opener against the Montreal Canadiens.

In other news, the Sabres will appear on national broadcasts 12 times during the upcoming season.

Eight games will be streamed on ESPN+ and Hulu:

Four games will be broadcast on TNT: