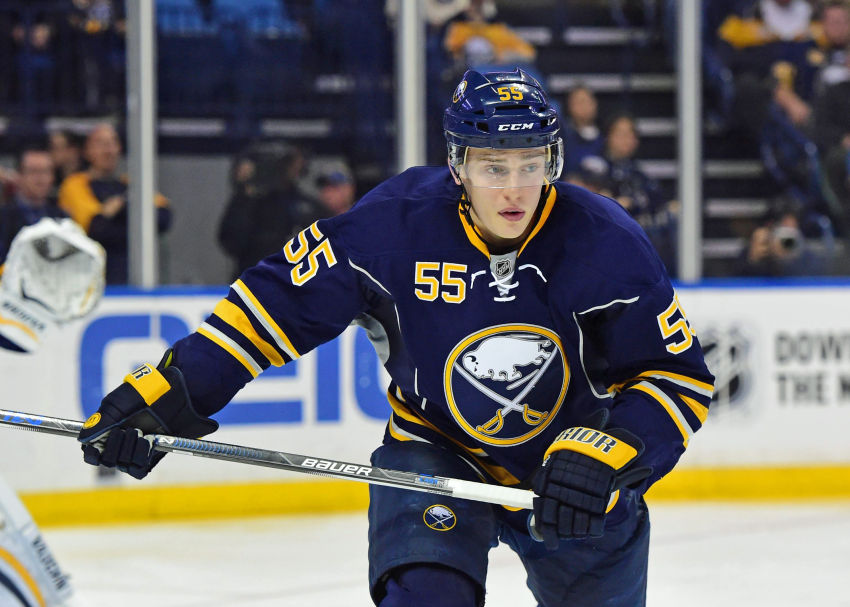 BUFFALO – For a portion of today’s practice, Rasmus Ristolainen watched the Sabres go through their drills from bench. Was coach Dan Bylsma sending the struggling defenseman a message?

“Not at all,” Bylsma said inside the First Niagara Center.

Bylsma said “there was nothing to read into it” and he was simply trying out some new pairings. Still, Ristolainen, the Sabres’ ace defenseman all season, has been struggling beside partner Josh Gorges.

Ristolainen, 21, is a minus-6 in his last seven games and hasn’t scored a goal in 11 contests. The Finn was a minus-2 in Tuesday’s 5-1 loss to Florida, the Sabres’ fifth straight loss.

“It’s much like our team game as a group in the last couple games,” Bylsma said about Ristolainen. “It wasn’t his strongest game last game, his play with the puck. But we’re talking about a guy who’s been a big part of our team and how we have played and gets big minutes and big assignments.”

Gorges, meanwhile, is a minus-6 in his last five appearances.

“I think we’ve been OK, but too many times we’ve been on the ice for goals against, different reasons for that,” Gorges said about the pairing. “At this level, this time of year, you need to play great. That’s the bottom line. But playing good isn’t good enough.”

In other news, the Sabres won’t recall a forward for their three-game road trip, which starts Friday in Chicago. Center Tim Schaller practiced today after sitting out Wednesday.