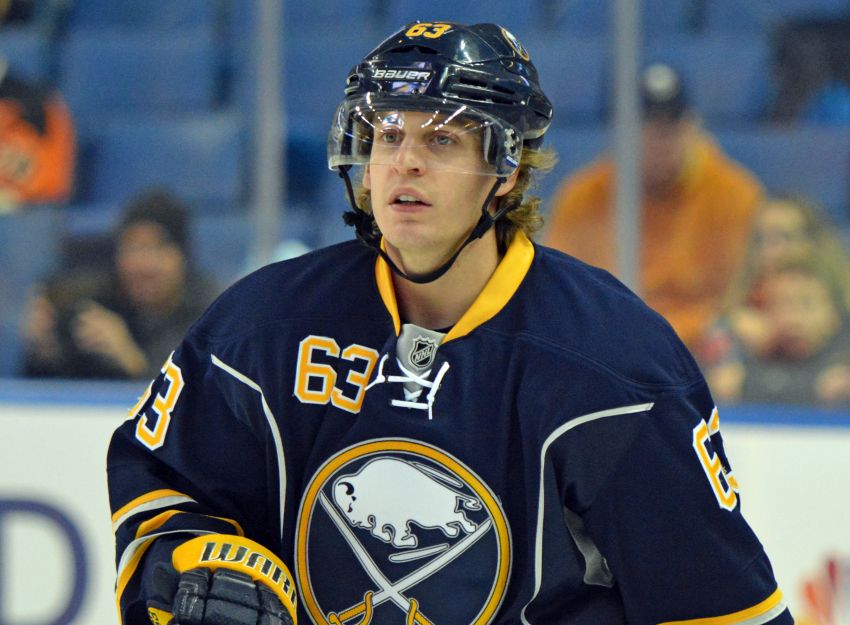 BUFFALO – As winger Tyler Ennis watched his teammates enjoy some success during his three-month recovery from a concussion, the Sabres’ longest-tenured player reflected on his career and how he must improve.

One day, Ennis, 26, told Tim Murray, “I used to come in to practice and put my skates and pants on and have fun,” the general manager said Monday inside the First Niagara Center.

The season-ending concussion Ennis suffered Dec. 30 has possibly changed the three-time 20-goal scorer. In the past, he didn’t take practice as seriously as he should have, Murray said.

“He knows he has to prepare more before practice,” Murray said. “When he hits the ice, practice with a purpose, practice seriously. He’s come to these conclusions through this injury and watching our team play from the sideline. So this may make him a better, more serious hockey player, and we hope so.”

Ennis started practicing again last Thursday. He said he could’ve returned if the season lasted another week or two.

“We don’t push him,” Murray said. “There was never any thought of him playing the last two games because he practiced with the team. That was for us a waste of time. So there is concern because it’s (a concussion). In saying that, he should come back 100 percent.”

Following a 45-game absence, Ennis, whose recovery was sometimes rough, has been adamant he’s back to normal.

When the diminutive Ennis – he has said he’s 5-foot-5, although he’s listed four inches taller – plays next season, he plans to showcase his usual aggressiveness. He said the injury hasn’t instilled any fear in him.

“I’ve always been a smaller guy,” Ennis said. “I’ve been hit a lot. I know how to take a hit. It’s not going to bother me one bit. I’m going to play the same way. I’m excited.

“There’s going to be nothing in the back of my mind that’s going to change how I play. There’s no lingering effects, so there’s no reason to be concerned about that.”

Still, Ennis’ weak play before he was injured concerns him.

After consecutive 20-goal seasons, Ennis generated little in what was supposed to be a breakout year, mustering only three goals and 11 points in 23 games. Ennis missed 14 games over two stints early in the season. One injury was another concussion.

“I don’t think I was playing well, so that’s another reason I can’t wait to get going again, because I obviously wasn’t happy how I was playing,” he said. “I only had three goals in (23) games. That’s not what I wanted, so I’m determined to have a great summer and come back and play better.”

“There’s no reason why I can’t step in next season and have a good season,” he said.