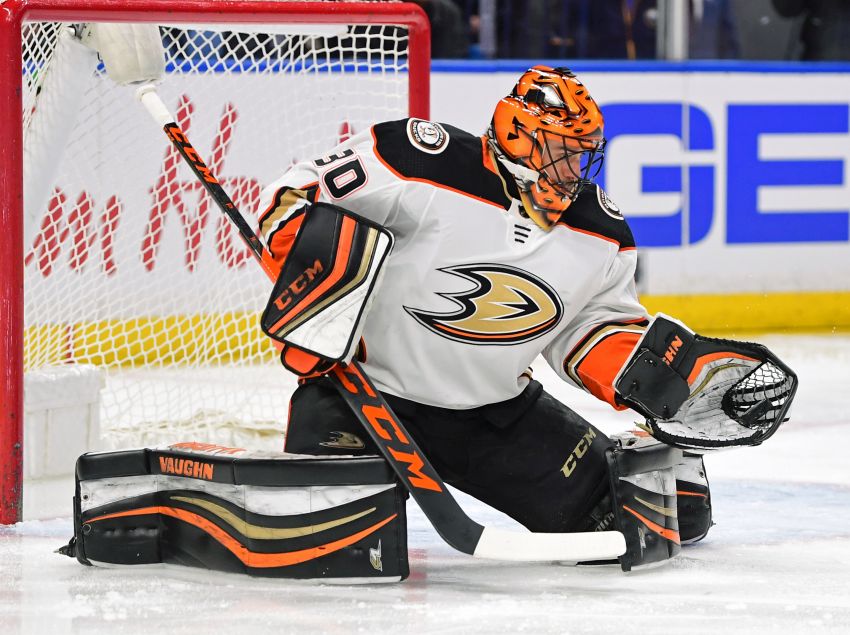 Still, the Ducks often go on long road trips. They finished a five-game swing Tuesday with Miller in goal, just his second appearance as a visitor at KeyBank Center.

“You certainly realize how much kids need their parents when you’re on the road like this,” Miller said Tuesday prior to the Ducks’ 4-3 overtime win. “The last two or three days he’s been mad at me. So FaceTime hasn’t been going so well. There’s been a lot of poor connections. ‘Poor connection, dad.’ Off.”

With back-to-back games, Miller, 37, the face of the Sabres for much of his 12-year tenure, couldn’t do much in town.

At an advance age, Miller has tended some solid goal at times as John Gibson’s backup much of the season. He began Tuesday 6-4-5 with a 2.67 goals-against average and a .915 save percentage in 18 appearances.

“Most of the people I talk to who are retired say, ‘Make them kick you out,’” he said.

At this point, 53 games into a lost season, why not keep playing defenseman Victor Antipin? Plenty of Sabres won’t be back next year. Why not use the final 29 contests to evaluate the Russian rookie? He might have a future here.

During the team’s recent 3-0 road trip, Antipin, who was scratched Tuesday, stood out, playing perhaps his best NHL games.

“I really liked the games he played up in Edmonton and Vancouver,” Sabres coach Phil Housley said. “He was take-charge, he was very noticeable, and then I think he got away from that.

Housley dressed 6-foot-5 defenseman Justin Falk instead of Antipin against the Ducks, a heavy team.

“It’s just a matter of where we are,” Housley said. “We make changes because we haven’t won. I liked Justin Falk’s game before he sat out. I thought he brought a physical element.”