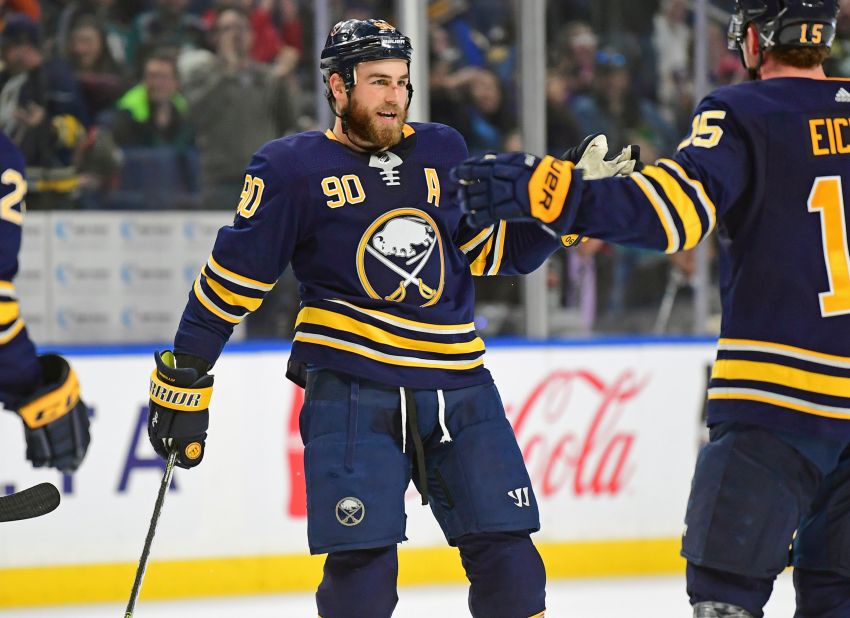 BUFFALO – It would’ve been one of the Sabres’ most rewarding wins all season.

Shortly after Ryan O’Reilly’s own goal put the Anaheim Ducks up late Tuesday, the center redeemed himself, tying the contest with 15 seconds left in regulation.

But instead of seizing the momentum, the disjointed Sabres imploded again before the announced crowd of 16,788 inside KeyBank Center.

Their struggles can be dissected a thousand ways, but the simplest explanation for a wretched 14-29-10 record is the Sabres can’t consistently execute simple plays.

It happened again early in overtime, when Rasmus Ristolainen misfired his pass to an open Jack Eichel. Instead of creating a scoring opportunity, the Ducks regained possession.

At the 1:36 mark, Adam Henrique’s shot from inside the blue line whistled past goalie Robin Lehner, securing a 4-3 win. Ristolainen said the puck hit his stick.

The Sabres are an awful 3-10 in overtime this season. What can they do better in the extra session?

“Execution,” coach Phil Housley said following the Sabres’ fourth straight loss. “We did have possession of the puck. We don’t make a pass, it’s not on the tape.”

“It looks like the execution, right?” he said. “Opportunities to hold possession or make plays. I really can’t pinpoint it. I feel like there’s been a lot of different instances in overtime this year where we’ve either had some type of collapse defensively or made not the smartest play with the puck, and it’s trouble.

“You only have three guys out there and a goalie. You make a big-time mistake and it usually ends up in the back of your net.”

“Rasmus didn’t have a very good game tonight overall, not just because of that pass,” he said. “He wasn’t making the usual tape-to-tape passes for him.”

Why can’t an NHL team complete a simple pass 53 games into the season?

O’Reilly came through at a critical time. At 11:30 mark, however, he looked like a goat, putting the puck past Lehner in close. Corey Perry received credit.

“It’s a stupid play by me,” O’Reilly said. “I’ve got to maybe just go right to the corner. I kind of saw a lot of guys on that side of the ice, I was trying to go behind the net and then take it out the other side. It’s just a stupid play. I’ve got to be more aware. It’s frustrating.”

Housley said: “It’s a difficult place to be. I’ve been there before. You try to battle back mentally. It was a credit to him, it was a credit to our team that we applied some pressure … and tie it up.”

“It was definitely very nice to get that one,” O’Reilly said. “But in OT, the two points were there and it’s frustrating not to get them. But … it’s more of a complete effort that we need to be more consistent with.”

The Sabres took some solace in eking out a point against one of the Western Conference’s annual heavyweights.

“They don’t give you any easy ice and they’re in your face, they’re strong on their sticks, their good in battles,” Eichel said. “I knew it wasn’t going to be an easy game but I just went in with kind of a workman attitude.”

Eichel also scored on the power play, briefly giving the Sabres a 2-1 lead late in the second period. The slick center now has 51 points, joining Housley, Gilbert Perreault, Rick Martin and Christian Ruuttu as the only Sabres to record at least 50 points in each of their first three NHL seasons.

Miller won for the first time as a visitor in Buffalo in his second appearance.