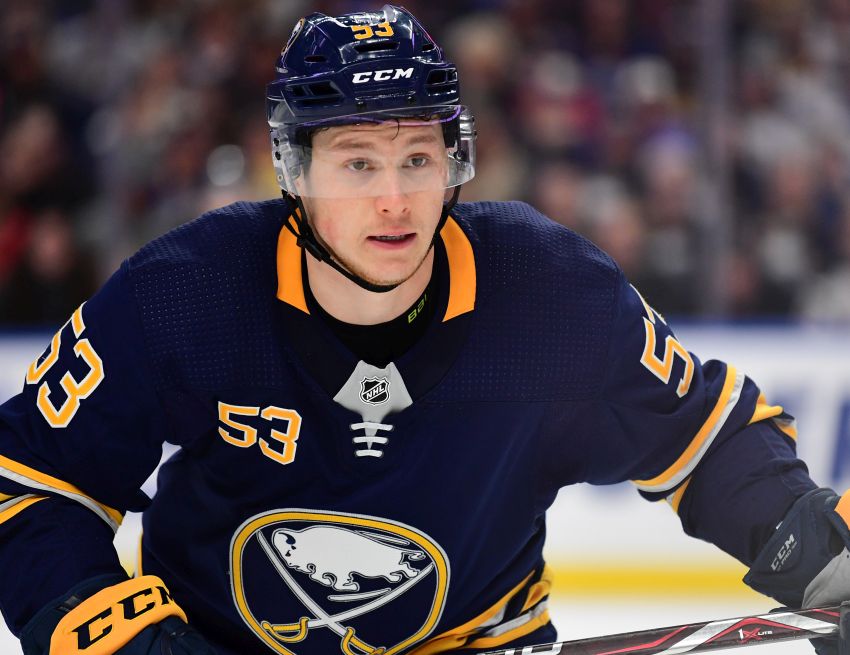 The slick center, who earned a spot in the NHL All-Star Game on Wednesday, will be reevaluated early next week, Housley said.

The Sabres’ leading scorer had a maintenance day from Sunday’s practice before leaving Monday’s 3-1 loss to the New York Islanders after skating only four shifts.

Eichel, who hasn’t been practicing, has compiled 14 goals and 49 points in 40 games this season. He has missed 38 games in his four-year career.

Sabres winger Jeff Skinner, whose 28 goals rank second in the NHL, seemed unfazed by being left off the Atlantic Division roster for the NHL All-Star Game.

“I don’t know if it’s a snub,” Housley said. “There’s a lot of great players in this league that aren’t going to be able to play in the All-Star Game. Jeff Skinner’s obviously been a big, big contributor for us, has put us in this position.”

There is, however, still a chance Skinner, 26, could represent the Atlantic Division on Jan. 26 in San Jose.

NHL.com has a “Last Men In” vote running until Jan. 10. Every team has one player on the ballot. The leading vote-getter from each division will go to the game.

“It’s good to see he still has an opportunity with the voting, so everybody please get out there and vote for Jeff Skinner,” Housley said.

Pilut, 23, and Rochester Americans defenseman Zach Redmond, 30, have both earned spots in the AHL All-Star Game on Jan. 28 in Springfield, Mass., the league announced Thursday.

Legendary Sabres goalie Dominik Hasek, who’s in town for the team’s skills competition on Sunday, watched the game from a suite.

Twenty-five years ago, Hasek, then a little-known 27-year-old backup thrust into regular duty when Grant Fuhr was injured, enjoyed one of the greatest seasons ever, posting a 1.95 goals-against average, the lowest number in 20 years.

“That was probably the most dominating goaltending performance (I’ve seen), and let’s face it, the games that he won by himself, amazing, amazing,” said former Sabres defenseman Randy Moller, the Panthers’ television color analyst.

Moller added: “I don’t think I had ever played with a goalie that was not only that successful but you just wondered how he was able to do it.”

It can be easy to forget now, but Hasek arrived from the Chicago Blackhawks on Aug. 7, 1992 with little fanfare.

“Everybody was like, ‘OK, we got a backup goaltender’ and that,” Moller said. “But very quickly we knew that this guy was the real deal. He had the reflexes, he had the flexibility, he had a really good compete level to stop pucks.

“He was so competitive in practice. He practiced the same way he played, which a lot of goaltenders are not like that.”

Moller remembers Hasek wanted his teammates to take slap shots on him from 10 feet out during practice.

“I’ve never, ever seen that before,” Moller said.