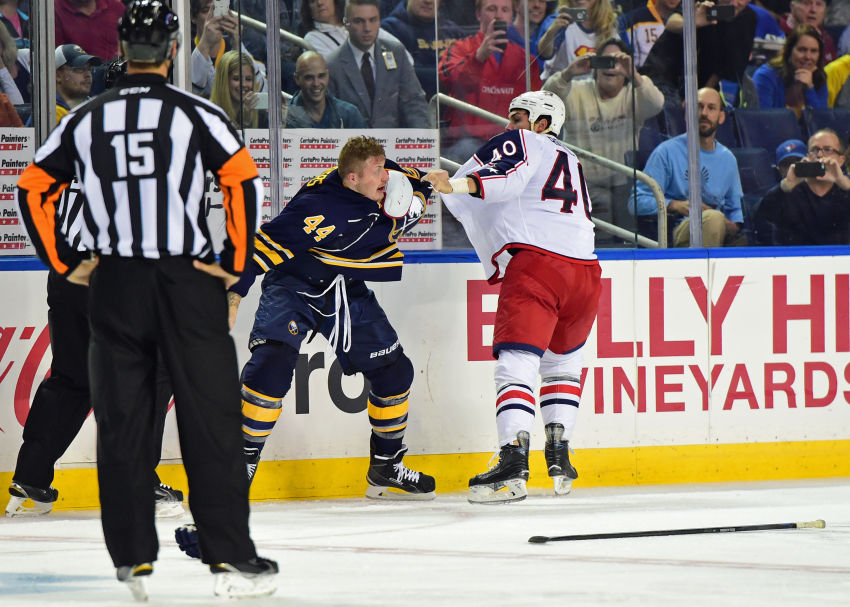 Deslauriers was injured Saturday afternoon in the Sabres’ 4-3 loss to Detroit but finished the game. He was seen today wearing a boot on his right foot.

Bylsma said Deslauriers has “been our most physical guy the last 10 games” as a fourth-liner. Deslauriers has three goals, seven points and a team-high 102 hits in 38 games. He’s also the team’s best fighter.

“Nick’s been a pretty annoying guy with those 10 minutes and being physical and being hard,” Bylsma said inside the First Niagara Center. “We saw it be a factor in a number of our games. … It’s something we’re going to miss.”

To replace Deslauriers, the Sabres recalled center Tim Schaller from the Rochester Americans, where he had four goals and eight points in the last nine games. Schaller played six games with the Sabres earlier this season, compiling two assists.

In other news, defenseman Mark Pysyk, out since Nov. 17 with a broken foot, practiced again today and could play later this week, Bylsma said.