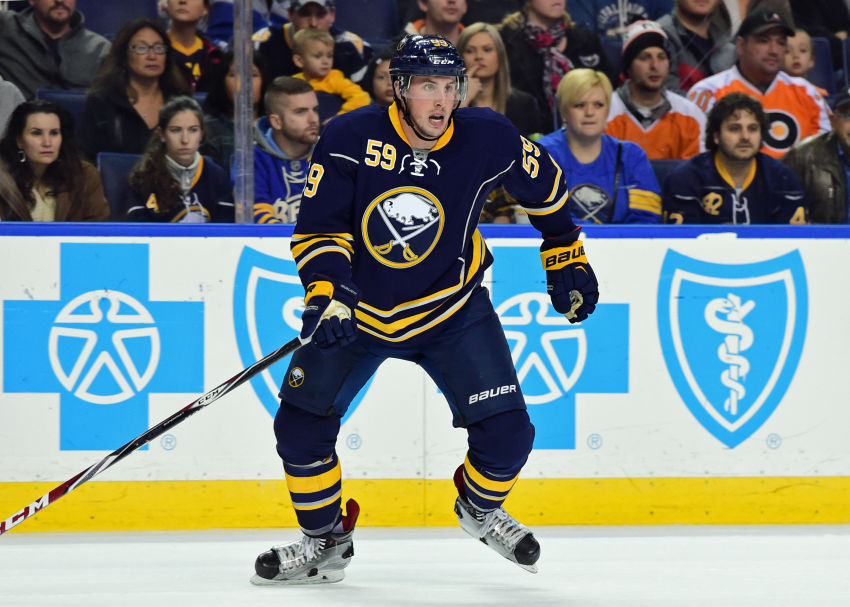 BUFFALO – Dan Bylsma was mad. Well, kind of. The Sabres coach wanted Tim Schaller to know he wasn’t happy the center tried to play through a lower-body injury early in training camp.

So earlier this week, after the Sabres summoned Schaller from the AHL, he told the 24-year-old to be honest about his ailments.

“I was feigning getting upset at him,” Bylsma said earlier this week.

Bylsma believes Schaller, the Sabres’ first recall the last two seasons, “probably swallowed it a little more than he let on.”

“He was slightly hampered in preseason with an injury and he wasn’t skating his best and wasn’t really forthright about it,” Bylsma said Friday prior to the Sabres’ 3-1 win against the Philadelphia Flyers. “So I was disappointed in his preseason.”

What did Bylsma tell Schaller?

“He was just telling me to be smarter and be more vocal about what’s going on with my body,” he said. “I’ll take that into the future. I wasn’t feeling 100 percent, but I thought I could still perform. I wasn’t performing my best, and he knew that. I feel good now.”

“He was playing the best hockey at the time of the call-up,” Bylsma said. “That’s what we needed and wanted.”

Schaller knew if he impressed early on with the Americans, the Sabres would take another look.

“They were honest in saying if you’re playing well, you’re going to be called up,” he said. “I had a few good games there, and before I know it, I’m back in Buffalo.”

When a lower-body injury forced winger Tyler Ennis out Thursday, Schaller made his season debut in the Sabres’ 4-3 loss in Pittsburgh, skating 8 minutes, 43 seconds, mostly between Jamie McGinn and David Legwand on the fourth line.

Schaller assisted on McGinn’s first-period goal, his third NHL point, and also drew a penalty. The trio combined for 10 shots.

“I thought their line was fairly instrumental in Pittsburgh in the way we played in the offensive zone,” Bylsma said about the Sabres’ 53-shot performance.

Schaller thinks he has “proven … that I can play at this level.”

“It’s a numbers game sometimes in guys that you can keep up here and can’t keep up here,” he said. “I’m looking to be on the good side of the numbers game and hopefully stay up here, be a full-time guy sooner than later.”

Sabres defenseman Josh Gorges was given a five-minute boarding major and a game misconduct for hitting Matt Read head-first into the boards late.