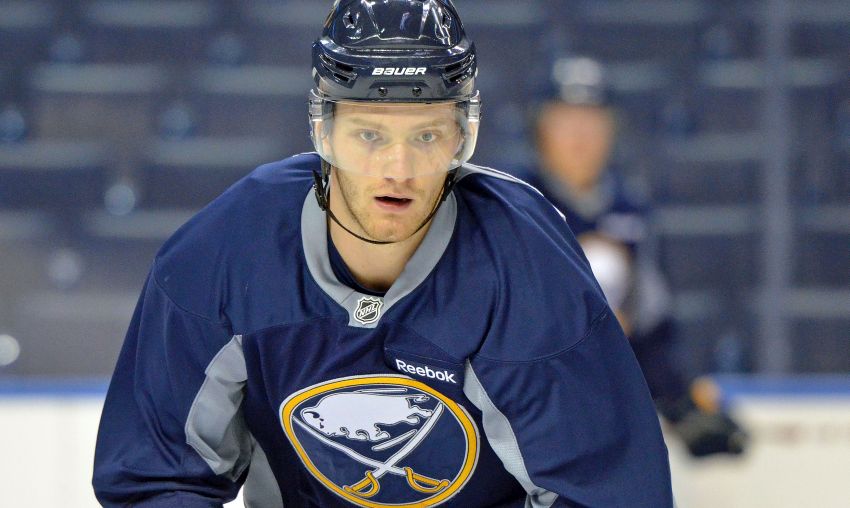 Grigorenko, the 12th pick in 2012, should get a long look after getting recalled from Rochester again this morning.

The Russian was excited when he saw a white practice jersey hanging in his locker today. That meant he would be centering the second line beside Marcus Foligno and captain Brian Gionta.

“I think it’s a really great opportunity for me to play with those guys,” Grigorenko said following practice inside HarborCenter.

Grigorenko recently returned from a knee injury he suffered Jan. 30 with the Americans. He said he feels fine and took his time recovering. The injury helps him battle in the corners because he has a lower center of gravity, he said.

The 20-year-old hardly impressed during 12 NHL appearances earlier this season, scoring one goal and two points. He has been solid all season with the Amerks, however, compiling 11 goals and 32 points in 39 games.

In other news, Sabres coach Ted Nolan said winger Zac Dalpe returned home today for a family matter. Nolan isn’t sure if Dalpe will be available Friday in Ottawa.