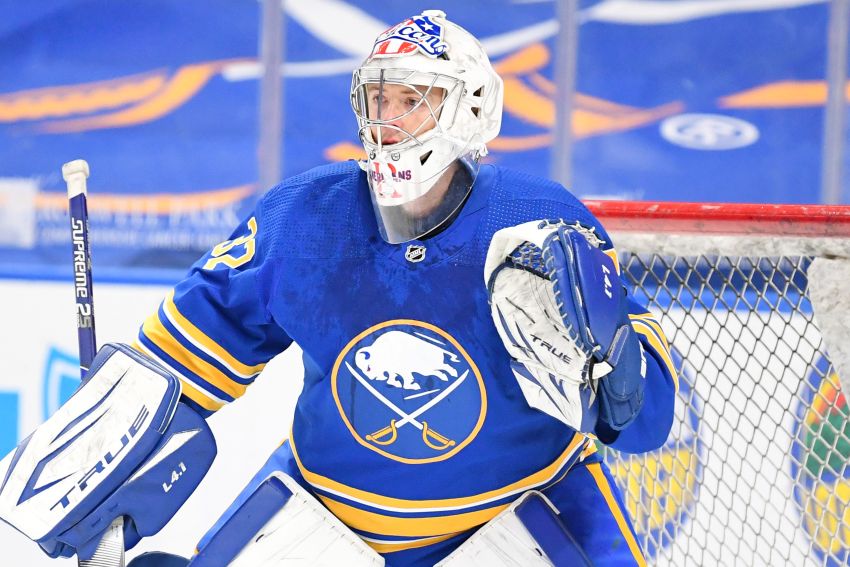 Goalie Michael Houser, who started four games for the Buffalo Sabres last week, was among five players the team sent to the Rochester Americans this morning.

The Amerks have four games left this season, starting with Wednesday’s road contest against the Utica Comets.

Houser, 28, looked impressive in his first NHL action, compiling a 2-2-0 record with a 3.46 goals-against average and a .901 save percentage.