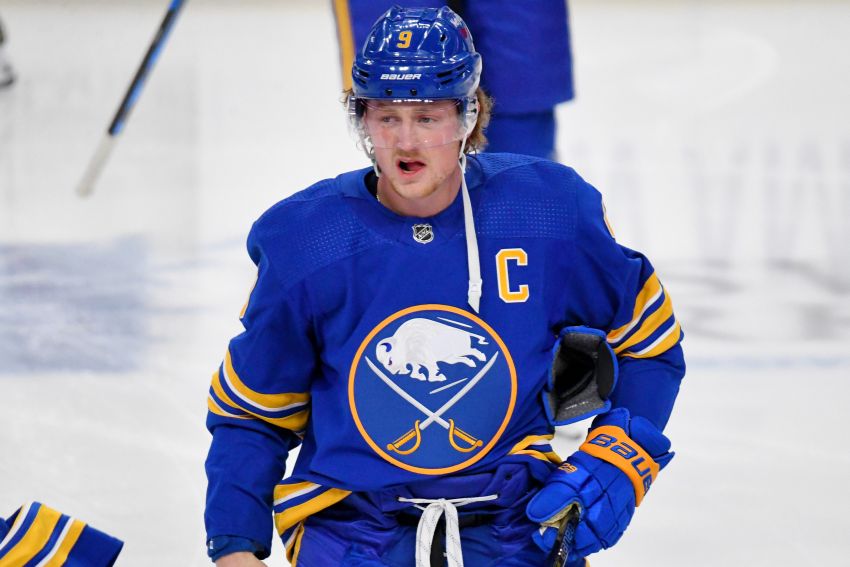 Jack Eichel sounded like he needed to vent. Right now, the captain’s frustrations extend beyond the Buffalo Sabres’ embarrassing last-place finish and missing the playoffs in each of his first six NHL seasons.

In Eichel’s first comments since he herniated a disc in his neck March 7, he acknowledged a “disconnect” between himself and the Sabres over how his season-ending injury has been handled.

“I would say I’ve been a bit upset about the way things have been handled since I’ve been hurt,” Eichel said on a 25-minute Zoom call Monday as the Sabres held end-of-season meetings inside KeyBank Center. “I would be lying to say that things have moved smoothly since my injury.”

Remember, there was speculation the ultra-talented Eichel, the face of the franchise, wanted to be traded before he spoke Monday.

Would Eichel, 24, like to be a part of the solution in Buffalo? Would he like to move on?

The center chose his words carefully.

“But right now for me, I think the most important thing is just trying to get healthy and figure out a way to be available to play hockey next year, wherever that might be. The losing’s tough. It takes a toll.”

Eichel said “there’s been a little bit of … my own camp on one page and the team on another” in dealing with his injury.

Eichel clearly wants to have surgery. He said because he’s under contract with the Sabres, he doesn’t have the final say.

Eichel wants to move forward doing what’s best for himself.

“Yeah, it was tough. I think that there was a little bit of things, I guess, maybe just haven’t been very black and white, to put it in perspective.”

The Sabres revealed little information about Eichel’s condition before announcing April 14 he would miss the rest of the season. Sabres general manager Kevyn Adams, who’s scheduled to address the media Wednesday, said then Eichel would be re-evaluated early this month.

Eichel endured a rough season, mustering just two goals and 18 points in 21 games. He said he fractured the tip of his rib shooting during a workout a few weeks before training camp. He never got on track after missing the early part of camp.

He also sprained his ankle in February and was still dealing with an abdominal injury he suffered last season.

“It’s just lingered for a while,” he said of the abdominal problem. “It’s been really hard to pinpoint what the exact issue is. There’s some stuff that has been unresolved.”

The no-movement clause in Eichel’s eight-year, $80 million contract kicks in after next season, according to capfriendly.com. He has five years left on the deal.

Will Eichel or center Sam Reinhart, the Sabres’ leading scorer, be around much longer? A less than enthused Reinhart, who can become a restricted free agent, sounded like he wants a change of scenery.

“No one wants to go through a rebuild, especially into next year, turning 26 at the start of it or close to the start of it,” he said Monday. “It’s tough not being able to play meaningful games down the stretch.”